Exclusive The head of the national police unit set up to tackle internet crime told lies under oath about her involvement in a plot to damage the career of a junior detective, a judge has said. 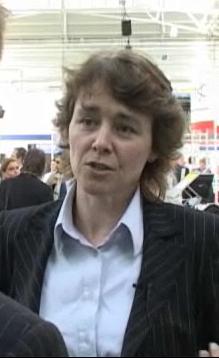 "She told us that none of it happened."

The allegation, made by Pontac during a hearing last week to set damages, attended by The Register, leaves McMurdie open to potential prosecution for perjury, according to Ministry of Justice guidance.

The employment tribunal awarded Detective Sergeant Howard Shaw £37,000 damages and £1,000 costs after earlier finding McMurdie and a close colleague colluded to force him out of the PCeU.

Shaw, 47, an anti-fraud specialist who has been in the Met for 28 years, discovered in October 2008 that Detective Inspector Kevin Williams planned to cheat to obtain a coveted role in the newly-formed PCeU. Williams obtained the questions interview candidates were due to face in advance, and scored more than 90 per cent, compared to about 30 per cent for Detective Inspector Paul Amoo, a competing candidate.

Shaw reported the wrongdoing to McMurdie, a member of the selection panel, who took no action and instead appointed Williams to the new unit, where he would be Shaw's line manager. It emerged in evidence that after Amoo also learned and complained about Williams' cheating, McMurdie created another new role for him within the PCeU.

"It was clear to me that Detective Superintendent McMurdie had swept the misconduct and dishonesty under the carpet," Shaw told the tribunal.

Following the appointment, Shaw told McMurdie he intended to take the matter further in a "row" over the telephone. It was this discussion that McMurdie denied ever happened, prompting Pontac to repeatedly insist, in an argument with the Met's lawyer over whether the defence was reasonable, last week that McMurdie had "lied".

Those "lies" were crucial to the case, because the tribunal found the complaints Shaw made against Williams should have granted him legally-protected whistleblower status.

Instead, within a week, McMurdie and Williams, who shared an office, had rushed to instigate internal disciplinary proceedings against Shaw and to remove him from his new job. Their allegations surrounded an outside business interest for which Shaw had applied for approval more than 18 months previously.

"We found they acted on the basis of allegations which they knew or ought to have known were untrue," the tribunal found.

McMurdie and Williams told the tribunal they acted out of genuine suspicion about Shaw's commercial plans.

Prior to the investigation, Shaw had an "exemplary" record, and he has since been cleared of any conflict of interest by the Home Secretary. More likely than not, the tribunal found, McMurdie and Williams instigated the disciplinary process against him because he blew the whistle on Williams' cheating.

Nevertheless, the pressure of the investigation combined with the humiliation of being escorted from police premises by Williams, who then carried out an unwarranted search of his desk in front of colleagues, took a toll. Shaw suffered nightmares and was signed off work for 18 weeks with depression.

He is now serving in a unit dealing with extradition cases, where he expects to see out the remaining two years of his police service. McMurdie and Williams, meanwhile, have prospered.

McMurdie remains in place at the head of the PCeU and has not been disciplined for her actions. Under her management the unit enjoys the vocal support of Sir Paul Stephenson, the nation's most senior police officer.

Next page: 'They have won and I have lost'
Page: