Review If Vanquish had been made around 150 years ago, Shinji Mikami would have had to commit seppuku, the Japanese ritual of suicide by disembowelment. 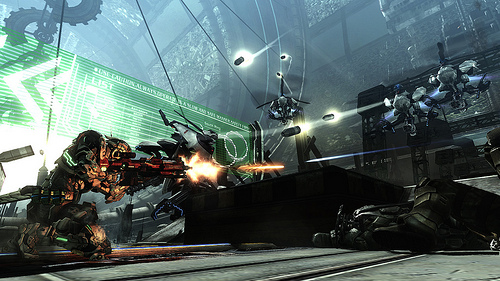 Like many artists and scholars during Japan's Bakamatsu period, the legendary producer of Resident Evil, God Hand and Bayonetta would have sliced open his stomach with a samurai sword for contravening bansha no goku, the prohibition of studying Western 'barbarian' arts and sciences. Fortunately for Mikami-san - and for videogame players the world over – those times are long past. But an element of truth supports the allegory.

The Western videogame market long since overtook Japan's domestic market, forcing Japanese developers to abandon their own sakoku, or isolationist policy, to make games that appeal to Western tastes. Mikami-san has been at the forefront of this shift, increasingly influenced by Western themes and mechanics. And Vanquish, the last title in Platinum Games' four-game deal with Sega, marks his most occidental game to date.

That's not to say Vanquish entirely disowns its heritage. Far from it. As much a riposte to Western shooters as it is love letter, Vanquish might seem the love child of Halo and Gears of War, but its blistering pace and esoteric sensibilities owe as much to Treasure and Konami as they do Bungie or Epic. 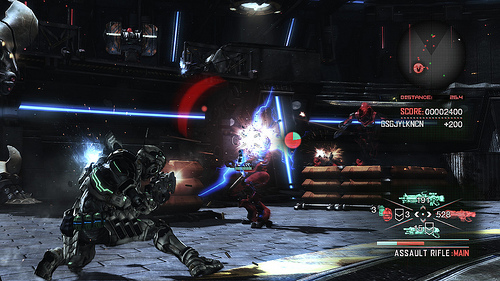 Just like Bayonetta, Mikami-san paints Vanquish with broad strokes from an eclectic gaming palette. Scratch its canvas and you'll uncover inspirations as diverse as Metal Gear Solid, Bangai-O, Zone of the Enders and R-Type. Even Splinter Cell gets a look in, with a plot ripped from the pages of Clancy and warped to the near-future.