Fable III is every bit the logical conclusion to the series, and the culmination of creative director Peter Molyneux's quest to bring simplicity to the RPG genre. 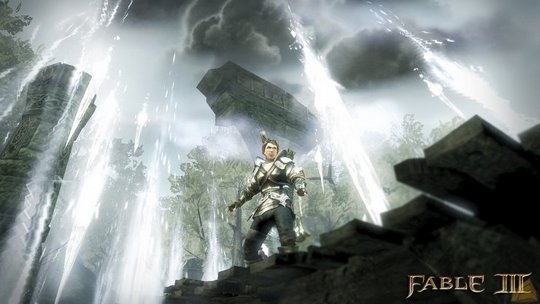 Successive Fable games have pared back the genre's defining traits to the point where Fable III's RPG credentials are tenuous at best. Where Fable II was more appropriately labelled an action-RPG, Fable III completes the transition to action adventure. Here, complex character classes, inventories, skill trees and stat modifiers are eschewed in favour of simple and accessible adventuring.

Nowhere is this more apparent than in Fable III's Guild Seals, which unifies the strength, skill, will and general attribute levelling of previous Fables into a single, overarching XP system. Marrying mechanic with narrative, Guild Seals are both reward and currency for progression through the main quest; to usurp your brother King Logan and end his tyrannical reign over the oppressed people of Albion. 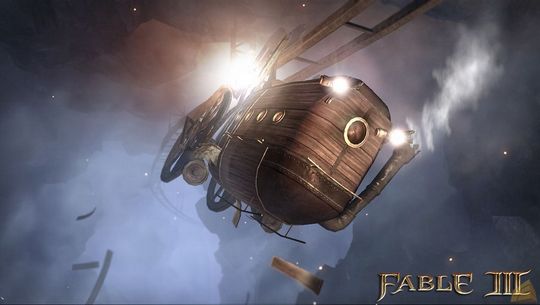 Health and safety were concerned about the new Alton Towers ride

Earned on your quest to unite the people behind your cause – through combat, task completion and endearing yourself to the general public – Guild Seals are redeemed along Fable III's Road to Rule. This is an ethereal path, littered with chests containing combat upgrades, increased social interactions and minigame rewards, and even colours to dye clothes with.

Next page: Guild your combats
Page: