A blast from the past

Product Round-up Have you ever considered the qualities a game needs to feature on your own favourites list or any top ten gaming list for that matter? Opinions vary for sure, but for me it really must be like nothing you have ever seen before or at least innovate in such a way as to be stand-alone phenomenon in its genre.

Many alcohol-fuelled hours have been spent with fellow gamers arguing the plus and minus points of these titles, and the list was changed quite a few times. We fought over the replay value and – even though I am only looking at PC games – the influence they have had on gaming as a whole. Personally, I am drawn to design and I thought back to when the original Half Life blew my mind, and my cheap graphics card. Indeed, these are games I will never forget.

Ron Gilbert is a god. The Secret of Monkey Island is legend. Lucas Arts makes many sequels and buckets of cash. Any classic gaming list you look at will include this game. Guybrush Threepwood’s squash buckling starts on the Caribbean island of Melee and ends in the Pirates of the Caribbean franchise. To get at any significant amount of treasure you’re going to have to fight pirate ghosts, cannibals and cope with more than a little bit of voodoo. This game is all about the puzzles (red herring anyone?) and there is peril aplenty me hearties.

“Guybrush: "If I gave you your arm back, what would you do with it?" “Murray: "I’d terrorize the South Seas! I’d torture the living! I’d demolish the... er... What I meant to say was, I’d use it to pet kittens." 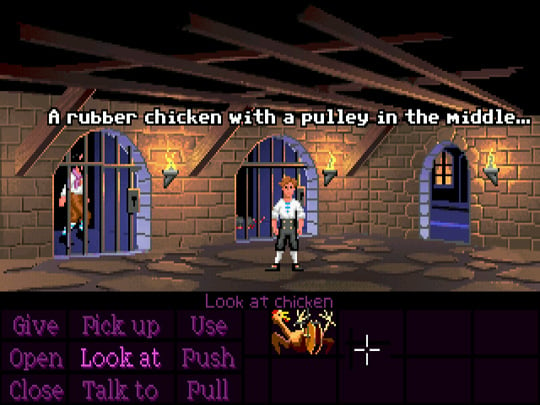 The game that spawned a generation of psychos. Doom is an absolute classic and has inspired everything from Killzone 2 to Half Life. When the gates of hell open on Mars, you are confronted with the legions of hell. Better shoot them all, then. I love the straightforward story and the nebulous atmosphere. This is a grotesque horror slaughterhouse with fantastic level construction. Immersive sound and clever character design made this a must-have. While not the initial first person shooter it’s certainly the most memorable, that glorified violence and let children wield chainsaws. Lest we forget the lava. Doom was the first game to ensure that practically every future sci-fi FPS would have lava to fall into.

"In 1993, we fully expect to be the number one cause of decreased productivity in businesses around the world." Doom press release from id Software. 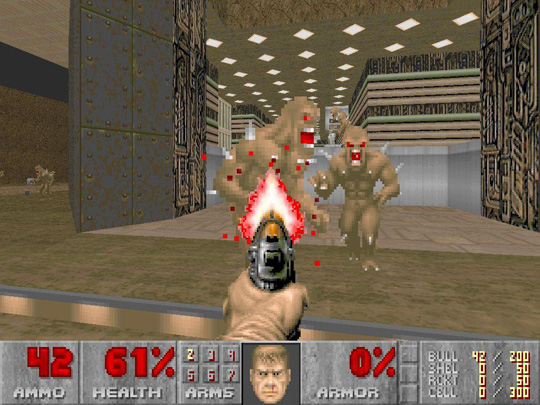