What's the best plan for your 7in Android tablet?

Samsung's Galaxy Tab 7in Android tablet officially goes on sale today. Want one? To help you work out which network will offer you the best 3G data deal, we've compared carriers' pre-pay tariffs to see how they match up.

We've compiled deals from both ends of the spectrum to show the sort of deals each network has to offer. 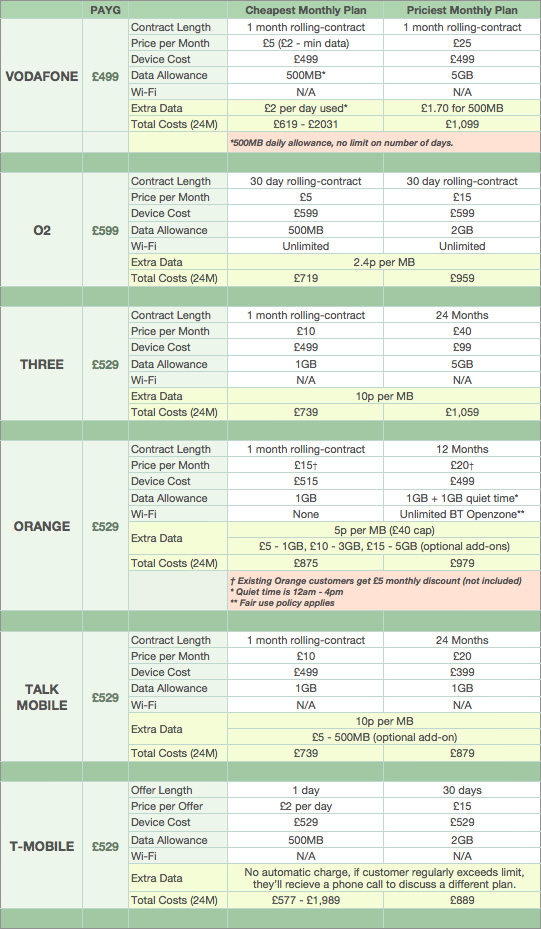 Three Mobile has yet to announce its price plans, but we'll update our table as soon as we hear more. For now, though, it appears that T-Mobile has become the front-runner for value, offering the best deals when judged across the typical contract length of two years. ®