What's next for the mobile UI?

How things have changed. Fifteen years ago attendees at a select mobile conference might have been found sparring over spectrum allocation and control channels. Back then, 3G loomed large, and huge geo-political battles were being fought. Today the talk is - how do you make it all work nicely?

I thought that by eavesdropping on Informa's first Smart Devices and Mobile User Experience summit in London this week, I might be able to find out. There was a good mix of real phone designers and their clients and partners from Google, Intel, and of course the mobile networks.

Is everything going touchscreen?

It's evident that the effects of Apple's dramatic entry into the mobile business are still being digested. The importance of the user experience is regarded as the difference between success and failure, and merely having a touch screen isn't enough. Almost four years ago I expressed some reasons why Apple's entry into the business should be a Good Thing. The established players had become "lazy and complacent, [gone] down blind alleys, or [standardised] on horrible designs and feature sets." The iPhone should raise the bar for design.

Just as I'd hoped, the iPhone increased the standard of design and ease-of-use across the board. Along the way, not everybody had been able to keep up. 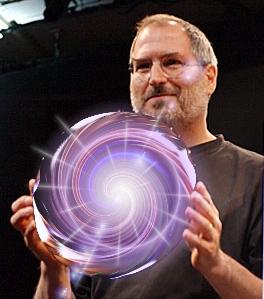 Not just a shiny new thing

Phone designer Nick Healey said he thought the iPhone was the first smartphone that people could actually use. He'd attended smartphone conferences for almost a decade. Until the iPhone appeared, people had always predicted a mass market was 18 months away.

As for the Android UX, views were decidedly more mixed. No one disputes Android's phenomenal success. It has gone gangbusters throughout 2010, toppling Apple from No 1 spot in the UK in September, on one set of stats I saw presented. Symbian's share has crashed from 40 per cent to 12.9 per cent - putting it in fourth place behind RIM. But you will probably have guessed that just from walking into Carphone Warehouse at any point in 2010. The figures are monthly, and may reflect an empty product pipeline - since refreshed with the new Symbian^3 devices.

But was the vanilla UI good enough? Some said it was good. Others said it needed the OEM-added layers such as HTC Sense. Others maintained that even with the manufacturer's UIs it was still too "geeky" for the mass market. Healey gave me an example of HTC's Sense UI.

"HTCs have a 'Favorite people' widget on one Home screen - you swipe up and down to scroll your list of people. Great. But if you tap on it, but happen to pause a fraction of a second before the swipe down - a normal user will be thinking 'is Fred Up or Down, oh yes, Down <swipe>" - the widget itself vanishes."

Ken Ken Johnstone from INQ said he really thought it a bit of shame that essential tasks - such as hanging up a call - were harder than they were 10 years ago.

Next page: What about other users?
Page: