North Koreans can now listen to music, read e-books and watch videos on the second PDA to be available in local shops, assuming they can afford the $140 price tag.

Nuclear bombs, intercontinental missiles and fusion reactors: it seems there's no limit to North Korean ingenuity, and now the country even has its own Personal Digital Assistant - though normal citizens who want one will likely have to save for a few years to raise the $140 the 8GB version costs. 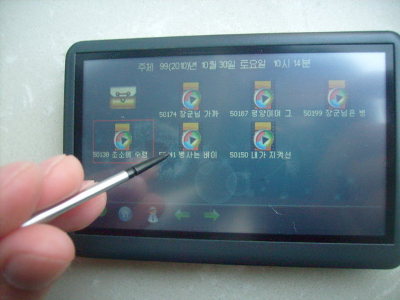 Lots more pictures, and details, over at the Show and tell Pyongyang blog

PC World points out that this isn't the first PDA to be available in North Korea: that accolade belongs to the "Hana 21" which was launched in 2003. But the new device is much more advanced, featuring maps of the country and dictionaries for translating Russian, English, Chinese and German.

Those dictionaries are the killer feature, according to "Show and tell Pyongyang"; a Russian-language blog run anonymously from inside North Korea. The device has no wireless capability or GPS to make the maps more interactive - connectivity is over USB, though the unnamed device also has a MicroSD slot.

The blog reminds readers that maps of the country have been available for free on mobile phones for a month or so. Smartphones don't really exist in North Korea, despite it reportedly having some 3G infrastructure in place.

So this really is a personal digital assistant, in the old sense of the word, and with that touchscreen we assume that patent lawyers from Apple will be booking the first available flight. ®