There's plenty to go around if we're clever

A battle to keep using rare earths on our terms 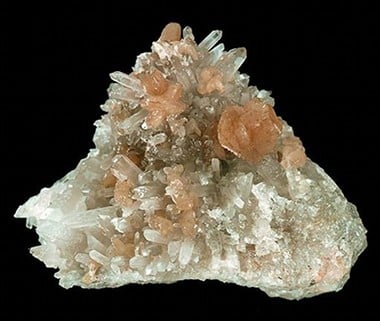 Even if we can get our ores and concentrates then, we're still going to be at the mercy of China: either we've got to use their plants to do this or we've got to build our own ($400m each!) and yet we'll still be competing with China on the cost of labour and environmental damages: not a battle we're going to win.

Well, yes, that's true, but only if we assume that technology is static: and that we would have to rebuild the industry using that 1960s technology of solvent extraction. What would make more sense is for us to use what we're good at (capital and, you guessed it, high tech!) to design a new system to find some other physical property which we could use as a separation mechanism. We've got a good candidate, the Kroll Process.

Step two: Turn all the metals into a halide (Kroll uses chlorides, but bromides, iodides and fluorides all work best/better for different mixtures of metals), and then a bit of fractional distillation and we're done. While no one has built a plant to do this sort of thing yet it has been tested: the RE industry has fallen behind on the implementation of new technologies in recent decades for, well, why care? China would feed us all we want at prices we were happy to pay. Now that that has changed, all we've got to do is pick up the research that has been done and do the engineering to make the actual machines to do it. And as for distillation: well, if that toothless guy in all the Burt Reynolds movies can do it, makin' the white lightnin' before Burt drives it through the police cordon, well, yes, we probably do have a firm grasp on the basics of the technique.

So it's entirely possible (and I know people other than myself who are working on it). This is how we can sort out the second part of the RE industry: and do it better and cheaper that the competition.

Step three: The third part of the industry is turning our now separated salts into the metals and actual products that we desire. Here, again, there's good news: we've got better methods available, ones that beat the traditional. The usual way to turn an RE oxide into an RE metal is to reduce it with calcium metal: this requires the consumption of Ca metal of course. A rough rule of thumb is that an RE metal will cost twice the price of the same purity of RE oxide. Part of this of course is the loss of the oxygen (La2O3 obviously loses the weight of the O3 when made into a metal) but a goodly part of it is simply the cost of the process.

Just as one example, the company Metalysis, up in Rotherham could help to expedite this. Sadly, given that they use a PR agency for journalistic-type questioning, I couldn't get any answers from them but then I've known about the process they're using for longer than they have. It's the FFC process from Cambridge University.

Instead of reducing with Ca metal, why not use a cathode/anode arrangement in molten salt? Should be cheaper and crucially, you'll have a lot less problem with residual gases (yes, a potentially major problem). Better and cheaper: just what we want as technology marches on. BTW, the reason they're in Rotherham is simply because, while the big steel mills have gone, that's still where the UK's weird metals industry is. It's what the economists call “clustering”: where are all the likely suppliers, where's the trained workforce, where are the lawyers, accountants, engineers, who understand the basics of your business? You stick a weird metals business in Rotherham/Sheffield just as you would a new pottery in Stoke on Trent (as happened a few weeks back), something with chlorine in Hartlepool or a new silicon design set-up in Cambridge or Silicon Valley.

Note that I'm not saying that all of this is easy, that we can just fall off a log and it'll be all right. I'm only saying that China really doesn't have a long-term lock on RE supplies. The seeds of how we get out of this half nelson are already there, ready to be nurtured. We can and will deal with competition and industrial dominance from a low-wage/high-pollution country or company by doing what all of you people around here do. We can use brains rather than brawn to design better, more mechanised, ways of ensuring our supply of what we need to keep industry on its feet.

The method eventually used to make this happen may not be the specific techniques I've outlined (although I'd suggest that it is the way to bet) but the general principle will hold. By being clever about how we mine and process rare earths we'll be able to free ourselves from reliance upon those who use simple brute force to do so. ®