Multi-tools join sanitation, roads, the fresh water system, public health as stuff the Romans did for us

And there you were tinking that the Leatherman or Swiss Army Knife in your pocket was a relatively modern invention. Not so - the Romans had multi-tool gadgets too.

Case in point: the "compound utensils" held in the collection of Cambridge's Fitzwilliam Musuem, snaps of which were recently posted on the institution's website and subsequently spotted by Neatorama. 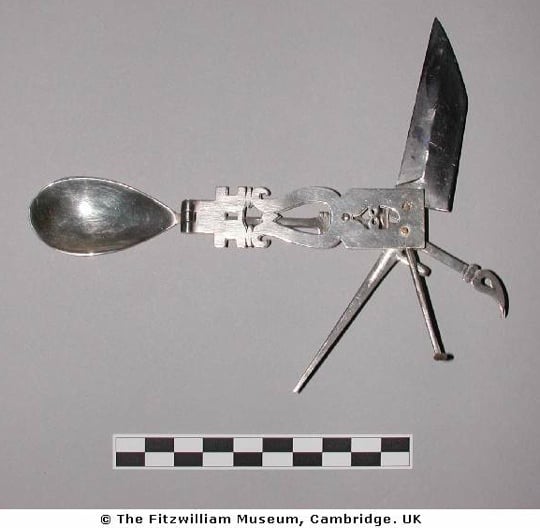 Manufactured from iron and silver, the multiplex knife contains a blade of fearsome pointiness, a fork, a spatula, a spike and a pick. 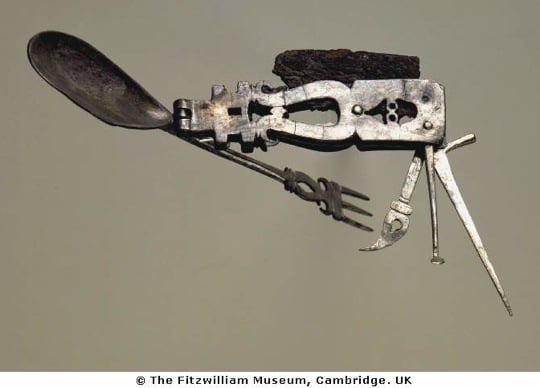 The utensil was actually described way back in 1988 by archaeologist David Sherlock in his seminal work A combination Roman eating implement, published in the Antiquaries Journal, [xlix, 310-311] and which harks back to Sherlock's earlier opus Roman folding spoons [Transactions of the London and Middlesex Archaeological Society, 62, 1976, p.128-129].

The gadget was manufactured between AD201 and AD300. ®