Long before the Air, there was Lord Lard Ass

This Old Box One of Apple's oddest machines just turned 21, meaning that here in California we can now legally buy it a pint and raise a toast — if not to its success, at least to its good intentions. 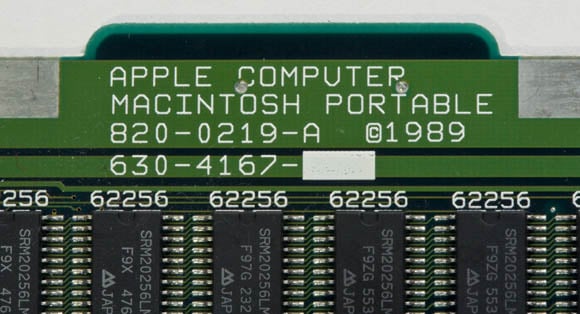 The year was 1989, when Apple still had "Computer" in its name (click to enlarge)

No, we're not talking about the failed binocular-style QuickTake 100 digital camera or the "You can have it in any color you want as long as it's black" Macintosh TV. Our subject for today's discussion and dissection — yes, we take one apart — is the late, lamented, luggable Macintosh Portable. 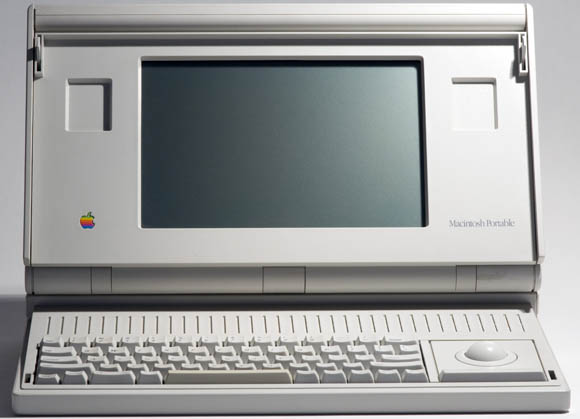 Much-maligned by some, an object of techno-lust to others (click to enlarge)

The Portable was roundly criticized for being grossly obese. And it was. With one floppy drive and a hard drive — the most popular configuration — it weighed in at 15.8 pounds (7.2kg).

Today, the largest MacBook, the 17-incher, weighs well under half that at 6.6 pounds (2.99kg), and the 11.6-inch MacBook Air weighs a trifling 2.3 pounds (1.06kg). It would take nearly seven MacBook Airs to equal the heft of the Macintosh Portable. 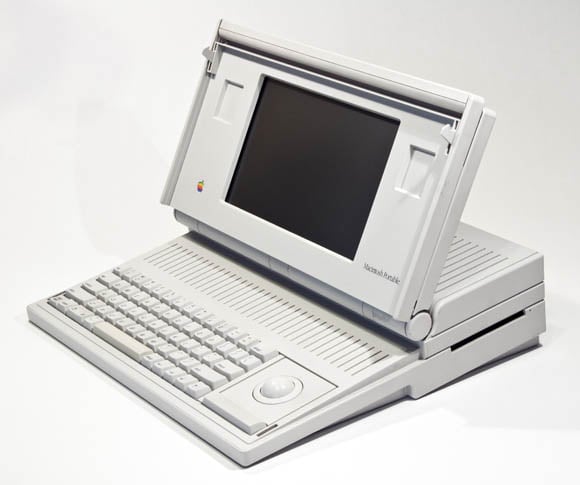 This big boy could dominate a desktop (click to enlarge)

And it wasn't just weight that made the Portable stand out. The thing was just over four inches thick at the back of its wedge-shaped body (two inches in front, including the slide-out handle, which doubled as a latch for the tilt-up display), 15.25 inches wide, and 14.8 inches deep. That's about 10.3-by-38.7-by-37.7 centimeters.

Contrast the Portable's 225.7 square inches of required desk real estate with the 11.6-inch MacBook Air, which takes up a mere 89.2 square inches, even with the Air's reasonably-sized keyboard — the Portable is over two and a half times more space-hogging than the Air. 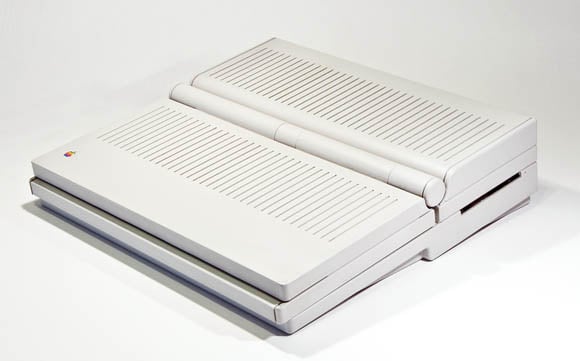 The Portable was wedged-shaped, just like the now-chic MacBook Air — but (a lot) bigger (click to enlarge)

But let's not be too hard on the big guy. In other ways, it was a quite capable machine. It tried hard to please — perhaps too hard. But, unfortunately, it matched each advantage with a corresponding disadvantage. For example, its active-matrix display was advanced for its time and wonderfully crisp, but it also contributed to the Portable's high price.

Which was another knock on the Portable. When it was introduced in September 1989, it cost $6,500 — and if you added an Apple-suppled hard drive and modem, the price rose to $6,948. 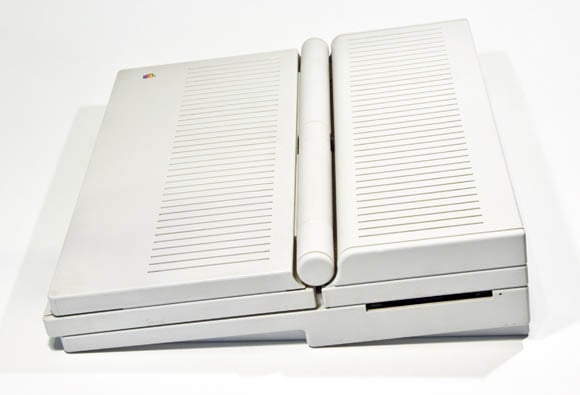 One floppy or two? Your choice — our Portable has one (click to enlarge)

Remember, though, that personal computers of all types — and, yes, notably Macs — were far more expensive in those days. For example, when they were first introduced, the base models of the Mac II and IIfx cost $5,500 and $10,000, respectively.

However, those prices are actually higher than those numbers indicate — the dollar was worth more in those days. Today, the equivalent prices for those base models at their introductions would be $11,450 for the Mac Portable, $10,575 for the II, and $16,715 for the IIfx. 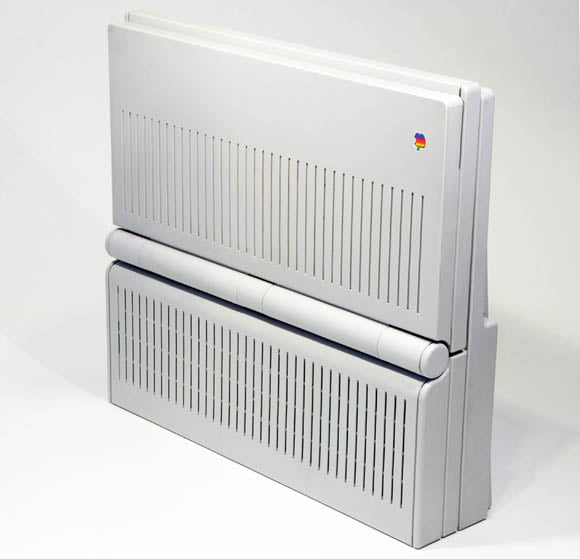 When the handle — here retracted — was pulled up for carrying, it locked the tilt-up display (click to enlarge)

One last note about the Portable's price. In its 1989 review of Apple's luggable, InfoWorld noted that "comparably equipped 286-based DOS portables such as the Toshiba T-1600 and the Compaq SLT/286 are set at around $5,000," and that "Many of the available 386-based portables easily exceed the $7,000 range."

Context is all, eh?

Next page: A plethora of ports
Page: