Review Pioneer's XW-NAV1 iPod dock-cum-entertainment system is an unusual box of tricks. As well as an iPhone compliant dock, it's also a CD/DVD player with 1080p upscale output, a CD ripper, FM radio and a USB media player. There may be other devices out there that do all those things, but I've never come across this exact combination in one unit before. 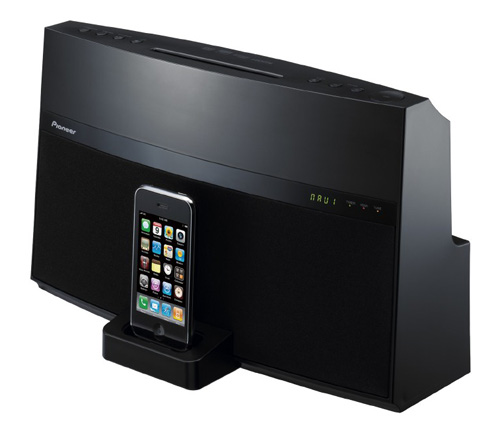 In appearance, the XW-NAV1 is typical modern Japanese domestic tech – smart and clean, but rather uninspired. It's not too big or heavy though, which is a point worth making, as I suspect most XW-NAV1s will spend their time hooked up to an older or cheaper telly in a bedroom, kitchen or office, where space is at a premium.

Its solitary display is a small and simple five numeral green LED affair on the right hand side of the unit. It's actually too small really, except to let you know which function you have selected or what the volume is. Certainly, making out FM radio frequencies and menu settings proves rather too much of a squint.

Connectivity on the XW-NAV1 is well catered for. Besides the iPod dock up front, at the rear there's an HDMI port, phono audio and composite video jacks (cables for the latter two included) and a 3.5mm auxiliary audio input. Look along the top of the device and to the right, there's a circular cover that hides the USB interface, which, in use, reveals that this arrangement is hardly a classic bit of manufacturing design.

Firstly, any plumbed in thumb drives or cables are in clear view, which plays havoc with the aesthetics and secondly, the USB port's cover isn't tethered, so it's likely to get lost or eaten by large dogs or small children in short order. Far better to have had the USB functionality tucked away around the back – out of sight and out of mind. 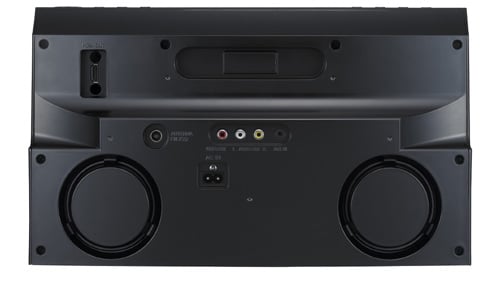 A slightly cheap feeling array of major controls also live on the top along with the disc slot but you won't spend much time using them as Pioneer supply a very nice remote control that also lets you operate your iPod's basic playback functions. When you play back audio content from a USB device the media library information is shown on the screen of your telly, which is handy given the XW-NAV1's small LED screen.