The return of the 3.5in diskette

The pictures say it all, really. Hardware hacker Charles Mangin this weekend posted the results of his attempt to slot the innards from a USB Flash drive into an old 3.5in floppy disk case - well, two of them, to be precise, the original casing not being quite thick enough for the cable and connector. 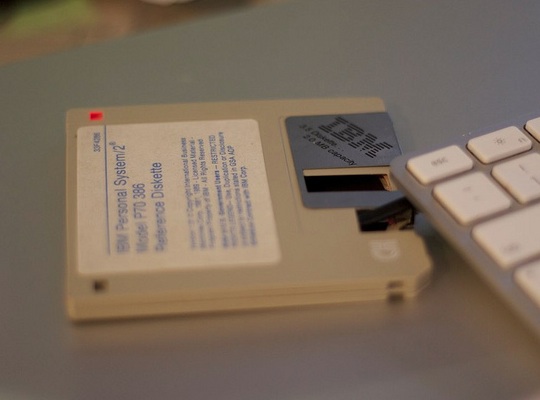 Says Charles on his Flickr page: "I decided that I would put a promotional USB drive I received at a trade show to good use. The drive itself was stuffed into something the size of a stack of business cards, and my thought was to try and cram those same innards into a floppy disk."

And that's what he did: 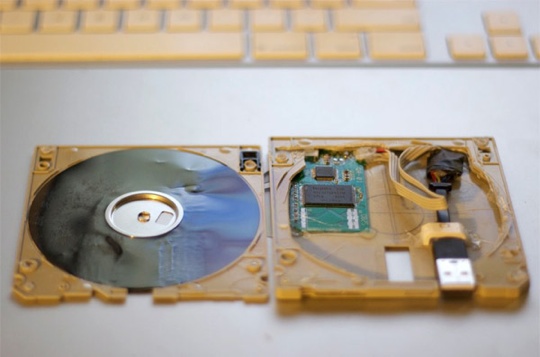 He retained the disk itself so that, since the sliding cover ended up being fixed into the open position, users have something to look at other than the inside of the plastic case: 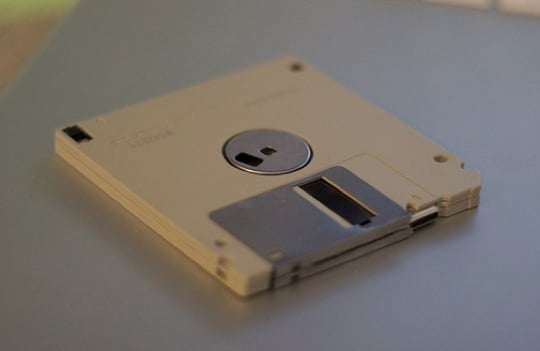 "The final detail I added before sealing everything up," wrote Charles, is "the red activity LED. I lined up the tiny LED on the USB drive with a piece of translucent plastic, which pokes through to the write protect notch in the corner of the disk." ®

You could say the US has... stiffened its defenses. Get it? Sti – OK, you got it

He's coming for your floppy: Linus Torvalds is killing off support for legacy disk drive tech

Are you sure you've got a floppy disk stuck in the drive? Or is it 100 lodged in the chassis?

On Call Bruce Vs Sheila: The Floppy Disk Files

Disk stuck in the drive? Don't dilly-Dali – get IT on the case!

On Call Droopy, Sticky and Non-booty. The three forgotten dwarves.