It's a lorra, lorra larfs

FoxNews.com has got its knickers in a twist about the birthplace of some pop band called the Beatles.

As illustrated below, the US news outfit is quite certain in a news article curiously carrying a Wall Street Journal byline that the Fab Four are from Manchester and not Liverpool. 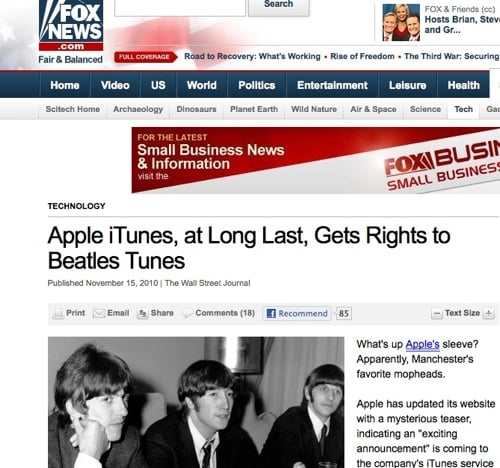 The mistake will have readers of a certain age rolling their eyes, not least Fox's owner, New Zealand-born media mogul Rupert Murdoch. ®