LG has been lagging behind the curve with its last few handsets, and the Optimus GT540 doesn't do much to move it forward. While all but the cheapest Android smartphones are employing capacitive touchscreens, the GT540 is stuck with a particularly insensitive resistive model that becomes increasingly frustrating to use as you once again have to double or triple press to bend it to your will. No multi-touch function either.

It comes with Android 1.6, almost a legacy version of the OS and there’s a choice of the standard Android UI or a slightly augmented one from LG with the option of three, five or seven home screens. There's a 600MHz Qualcomm processor on board but that doesn't seem to help it run particularly quickly, though the 3Mp camera isn't bad and includes face detection. Unusually, it can play Xvid and DivX movies. 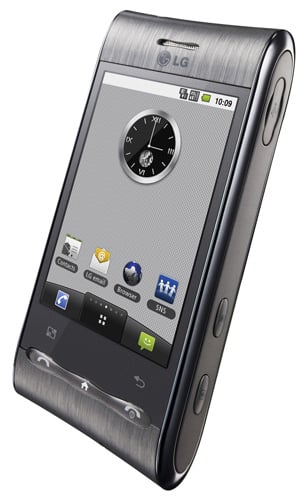 It’s Orange by name, but Chinese manufacturer ZTE is the build behind the brand. This is a significantly different device to the ZTE Racer available on Three. It’s considerably longer and has a bigger, 3.5in capacitive OLED touchscreen. It’s arguably classier looking too with its slimline design and minimalist button layout - sliver-like home, menu and back. The OLED screen looks beautifully sharp and crisp, has multi-touch capability and is nicely responsive too.

There’s a choice of UIs with this Android 2.1 device: vanilla Android or Orange flavour, which features five home pages and a few extra nick-acks like Orange’s App Shop - games and ringtones, mostly - contacts backup, Orange Music Store, Orange Maps, a photo slideshow widget and Orange Wednesdays, which gives you some special offers on cinema tickets. The camera is 3.2Mp with autofocus but no flash – decent enough quality though nothing special. 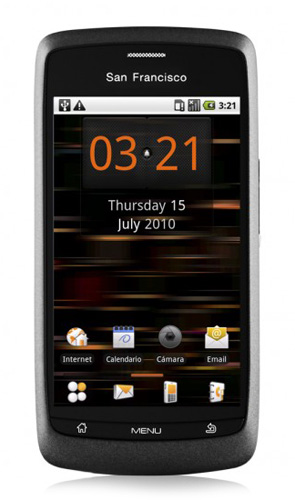