US may disable all in-car mobile phones

Transportation boss: 'It will be done' 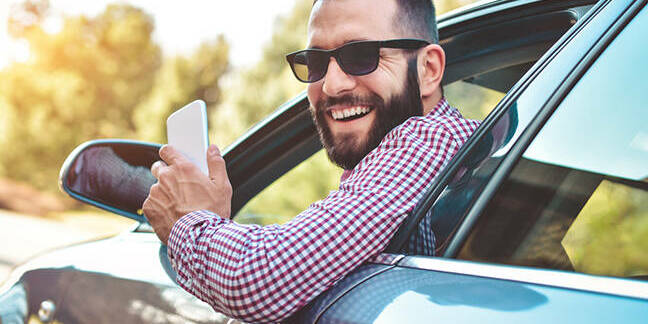 The US government may require cars to include scrambling tech that would disable mobile-phone use by drivers, and perhaps passengers.

"I think it will be done," US Secretary of Transportation Ray LaHood said on Wednesday morning, according to The Daily Caller. "I think the technology is there and I think you're going to see the technology become adaptable in automobiles to disable these cell phones."

LaHood is on a self-described "rampage" against distracted driving, and if making it impossible to use a mobile phone while in a car can save lives, he's all for it — although, according to TDC, LaHood also emphasized the role of "personal responsibility."

"These lives, and too many others like them, were cut short — not because of malice, but because of carelessness," he added.

The problem is that the average driver doesn't think that he or she is an average driver: nearly two-thirds of drivers think of themselves as safer and more skillful than a driver of median safety or skills — a statistical impossibility, of course.

When faced with the prospect of automotive mobile phones being disabled, we'd be willing to bet that most drivers, suffused with confidence in their own skills, will think in terms of personal inconvenience and a restriction on personal freedom.

Remember one unassailable statistic, as explained by the late, great George Carlin: "Just think of how stupid the average person is, and then realize half of them are even stupider!"

Another Apple engineer cuffed over alleged self-driving car data theft: FBI swoop on bod as he boards plane to China

Cook & Co had the tech and didn't use it, lawsuit claims