Review Aimed at the fashion conscious, the Samsung SF310 adopts curves and chrome to attract trendies to this 13.3in notebook. Literally, built along similar lines to the NF210 netbook reviewed recently, if the look and feel isn’t quite enough to have you shopping around and spending about £750 on this Core i5 machine, Samsung is chucking in a 60 quid a Microsoft HD webcam into the bargain, until the end of January 2011. 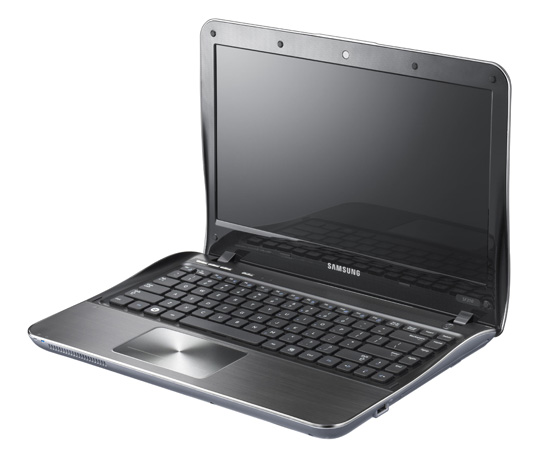 The styling seems reminiscent of a classic breed of American car, with chrome trim adorning every edge and the white exterior of this review model, in stark contrast to the dark ‘dashboard’ that appears when you open it up. The white on black letters of the chiclet keyboard are certainly easy to read, with the chrome theme continuing on the buttons above for volume, Wi-Fi 802.11n/Bluetooth 3.0 activation and power. Even the trackpad gets framed in chrome and you either like it, or not.

You’d have to be a particularly heavy-handed typist to suggest the keyboard suffers any flexing, and in use, the keys offer a decent level of resistance and travel. The arrow keys, along with the page up/down keys and the like, that line up around the right corner are marginally smaller than the Qwerty set, with the function keys smaller still. The only real problem here was hitting the page keys instead of Enter by mistake. Increased familiarity with the layout eventually trains you out of these habits though.

One thing I couldn’t get the hang of was the trackpad. This one-piece multitouch affair has mere lines drawn on it to define the left and right buttons. The experience was toe-curling, as my thumb could easily stray over the boundaries when click dragging and send the cursor off in odd directions. Having done my best to restrain myself from doing serious damage to the SF310 – this wayward cursor business was seriously frustrating – one possible cause of this frequent problem dawned on me. 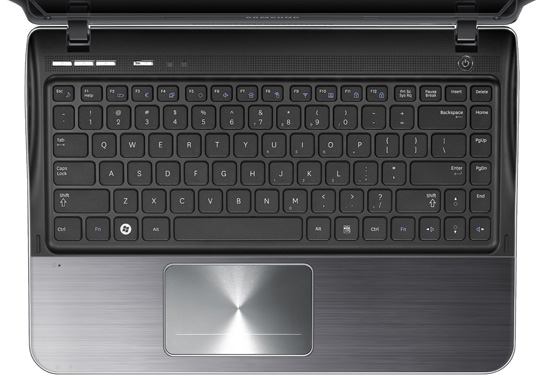 Elegant, but practical..? The all-in-one trackpad has a will of its own

I am left handed. The trackpad is off-centre with less room on the left side than the right. Given the limited space afforded to my left hand, it tends to move over the trackpad too much to the right and cross those fine lines that determine the cursor’s behaviour. So I gave the SF310 to a right hander to play with, but she couldn’t get on with the trackpad either. So what’s the deal here?

Next page: Under the thumb
Page: