Review Following on from its Pre revamp which saw the Palm brand reinvented for the 21st Century, two recent releases have seen the brand expand with the Palm Pre Plus slider and the slimline Palm Pixi Plus. The less expensive Pixi Plus is the slimmed down in body and spec version though it still manages to cram in a Qwerty keyboard, HSDPA, social networking, GPS and a 2Mp camera.

The Palm Pixi Plus is a lightweight little sliver at 112 x 56 x 11mm and 94g clad in a thin rubbery cover which pops off when you pull the sides. The 2.6in LCD touchscreen sits above a full Qwerty keypad made of those odd, tiny, see-through rubbery plastic buttons.

While these keys take a bit of getting used to – and you'll probably need your thumbnail to operate them – they're distinct enough to make finding the right one easy, even though it’s unlikely you’ll be hitting any top texting speeds.

Between the 35-key keyboard and screen is a touch sensitive strip that acts as a back, home and minimise button, depending on whether you slide it or press it. Around the sides are volume rocker, mute switch, and power/sync slot covered by a flap on the back cover. On the top is a power button and 3.5mm headphone jack. 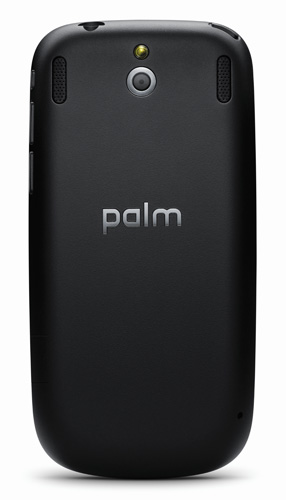 Only a 2Mp snapper

It's safe to say that the interface on Palm's webOS operating system is unlike anything else out there and I like the intuitive way functions can be shown as windows that you can flick between, or flick up to cancel.