Gov refuses to admit what we'll pay for toss A400M

A peer and former defence minister has described the A400M military transport plane - which is being bought by the cash-strapped UK armed forces for a secret but outrageous amount of money - as a "Euro-wanking make-work project" in the written Parliamentary record. 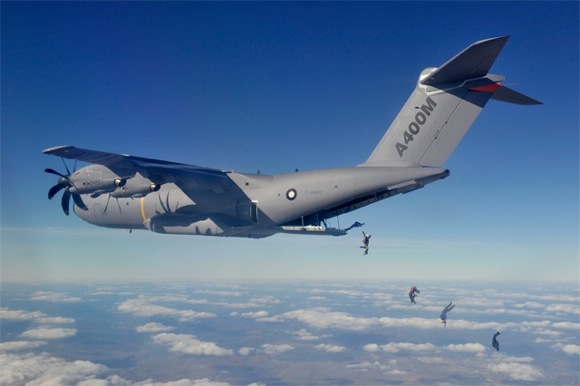 If only the UK had had the sense to bail out of it.

The straight talk came from Lord Gilbert, who held various ministerial portfolios in the 1970s - including a defence one - and did another spell in the MoD as a peer in the first years of the Blair government. Last week he made the following remarks in the House of Lords:

I regard the decision on the A400M as the most bone-stupid in the 40 years that I have been at one end or other of this building. It is an absolutely idiotic decision. We have a military airlift fleet of C-17s and C-130s. We have total interoperability with the United States... six or seven countries altogether will be flying the A400M. Flying the C130, which it is intended to replace, are 60 countries, with 2,600 or so C130Js currently being used. That is the interoperability that we are losing...

Why on earth are we doing this? I once described this rather vulgarly as a Euro-wanking make-work project and I do not resile from that. I hope that this time Hansard will leave that in and not take it out. It was in the next day's version but Hansard funked it and took it out of the Bound Volume. I hope that this is all on the record.

Fortunately it is. We here on the Reg defence desk couldn't agree more about the A400M, which is an unbelievably bad bargain for the British forces.

The partly-European airlifter, now in flight tests, is nowadays officially projected by the Ministry of Defence to cost the UK £3.2bn for acquisition of 25 planes: this figure has climbed by 40 per cent just in the last six years, and in fact the true cost has climbed further and is now a secret.

Yes, you read that right: the cost of the A400M is secret. Because the plane's development was cretinously botched, costs recently escalated to the level where Airbus - in charge of the consortium building it - could no longer turn a profit on the agreed price. This led Thomas Enders, Airbus chief - pictured above leaping out of a test A400M recently - to suggest that the company might simply axe the project rather than make the aircraft at a loss.

This led to the partner nations engaging in closed-door negotiations with the company in which a new higher price was agreed: but we ordinary citizens aren't allowed to know what that price is - nor is Lord Gilbert, in fact. Earlier this month he was told:

A detailed breakdown providing specifically the cost of the A400M design and production phase contract requires the consent of all the partner nations, Organisation Conjointe de Co-operation en matiere d'ARmement (OCCAR) and Airbus Military. It is for this reason we do not expect to disclose the information.

So we can take it that in fact the A400M costs significantly more than £130m per plane. The UK has been able to acquire much bigger, faster, longer-ranging C-17 Globemasters from the US in recent years for acquisition costs of £70m at most*. A Globemaster carries more than twice what an A400M can and costs half what an A400M does: it is four times better value for money.

People often argue that huge planes like the C-17 aren't suitable for shorthaul work in Afghanistan, of course. This isn't because they can't do the job - a C-17 is quite capable of landing on rough airstrips and has a ramp - but because big jets are seen as too valuable to risk on the more dangerous tasks.

Obviously, this thinking only makes sense if smaller shorthaul planes actually cost less than big intercontinental ones. Given the relative costs of A400M versus C-17, it should be the cheap Globemasters doing the short hops in-theatre and the costly A400M doing longhaul airbridge work between Kandahar and the UK.