First look Monday was iOS update day for the iPhone, iPad, and iPod. "iOS 4.2 makes the iPad a completely new product," crowed Apple CEO Steve Jobs in a prepared statement announcing the upgrade — which wasn't actually released until 10am, Pacific Standard Time, despite the early-morning reports of the release.

We installed it on both our iPad and iPhone, and discovered that iOS 4.2's new features are welcome — if imperfect — additions for iPadders. For iPhone owners, however, unless you have an Apple TV, a rare AirPrint-supported printer, or are one of those folks who absolutely must have the latest version of everything, iOS 4.2 isn't a must-install-today update.

The upgrade for our iPad was a hefty 551.4MB and for our iPhone 3GS a not-too-far-behind 401.4MB — don't expect a snappy download and a quick reboot-and-run turnaround with this leviathan. It appears that the days of "write tight" as a coder's mantra are long gone.

If you have an original iPhone or a first-generation iPod touch, however, you needn't worry about waiting for a long download — iOS 4.2 won't run on your Cupertinian handheld. Neither are all features available on all devices: as Apple notes: "For example, Multitasking requires iPhone 3GS, iPhone 4, third generation iPod touch (late 2009 models with 32GB or 64GB) or later." 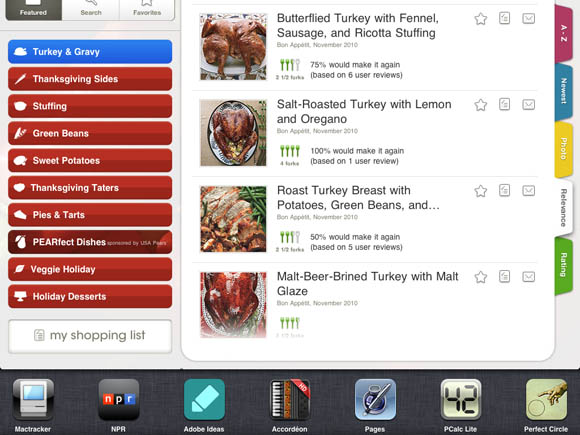 Multitasking comes to the iPad, five months after it appeared on the iPhone

Those of us who own both iPhones and iPads have been living with two different iOS interfaces since iOS 4 was released for the iPhone back in June (and upgraded to 4.1 in September). Switching between the two has been an odd exercise in time travel, as those of you whose PCs at work are still lumbered with Windows XP, even though you've moved to Windows 7 long ago on your personal box.

The two flagship features that Apple trumpets on its iOS 4 web page are iPad-specific, having been available on the iPhone since iOS 4 shipped: multitasking and folders.

Multitasking is a bit of misnomer. In most cases, apps don't actually "run" in the background; instead, they simply save their states, which can be accessed by tapping a multitasked app's icon in a side-scrollable bar below the main display. Not that such behavior is a problem — actually, it's a boon to what Apple modestly refers to as the iPad's "legendary battery life."

Some apps, such as Pandora Radio and Stitcher Radio, play in the background when another app is brought to the front. An app's developer, however, needs to make their offering multitaskable — which, apparently, Brian Eno and Peter Chilvers haven't yet bothered to do, seeing as how Bloom refuses to indulge you with soothing background audio noodling while you're, for example, reading a Kindle ebook. 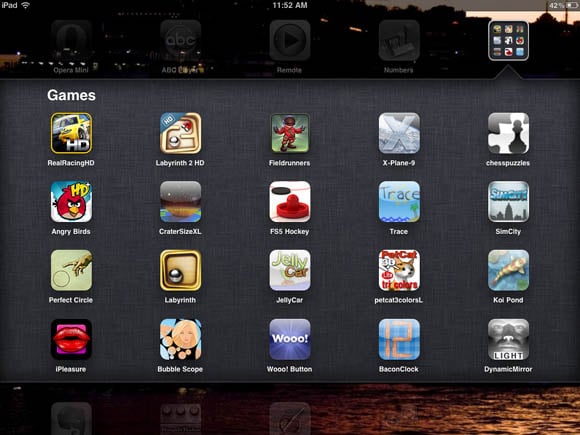 Folders were a helpful addition to iOS 4 for the iPhone, but for reasons known only to The Mind of Steve™, Apple doesn't want you to be able to scroll through a folder's contents, and therefore it limited the number of apps that you can stuff into a single iPhone folder to 12. That loony limit can only be exceeded by jailbreaking your iOS device, shopping at Cydia, and installing a limit-lifting app such as chpwn's Infinifolders.

Since each iPad home page can hold 20 icons — apps or folders — a non-scrolling folder window is less onerous on Apple's "magical and revolutionary" tablet than it is on an iPhone — you can fit more folders onto each home page.

You can also put more items into an iPad folder than you can into an iPhone folder: 20 versus a dozen. But the limitations are still an unecessary pain. And while we're telling Jobs & Co. what to do, how about letting us fit more than 20 icons on one page on our iPads? There's plenty of room for more, don't you think, Cupertinian overlords?

Next page: Playing and printing in the air ... for some
Page: