Meltdown ahoy!: Net king returns to save the interwebs

When you need to save the internet, who ya gonna call? Van Jacobson.

It was 1986 and more and more government and academic networks were linking up to form what became known the internet. But more computers meant more chatter, and the networks began suffering a series of congestion collapses under all the talk. Data packets got lost or delayed as the computers choked the bandwidth, causing slowdowns and dead zones.

The culprit was the fledgling TCP/IP protocol, which had been installed on ARPANET and other large networks connecting to it. TCP/IP was the networks' lingua franca. The problem was that TCP/IP hadn't been built for such huge scale, and computers running the protocol simply didn't know when to stop talking. They shoved their bits and bytes online, regardless of bandwidth, throughput, or whether packets were actually being received. 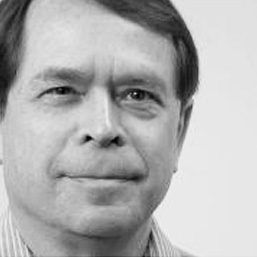 Enter Jacobson, who had been a primary contributor to TCP/IP since 1978. He'd spotted the slowdown when the link between his Lawrence Berkeley National Laboratory and the University of California at Berkeley — which were 400 yards and two IMP hops apart — dropped from 32 Kbps to 40 bps.

Jacobson devised a congestion-avoidance algorithm that lets a computer determine the maximum bandwidth allowed. In essence, a machine increases its throughput until loss occurs — then it stops. He worked with a team who supplied additional algorithms, and his fix was applied as a client-side patch to PCs by an army of sysadmins. It was so successful it became incorporated into the TCP/IP stack. He also authored the Congestion Avoidance and Control (SIGCOMM 88) paper, (here (PDF), which has become a seminal piece of reading.

Jacobson's work is credited with having helped save the internet. Today, we have 800 million nodes online, according to the Internet Systems Consortium, versus the paltry 28,000 in 1986, when the internet was struggling to accommodate the demand for bandwidth.

Jacobson didn't just help save the web from a technology perspective. He saved its reputation at a critical time, as it was slipping from the protected world of government and academia. Had there been no fix, it's possible that an unforgiving private sector and the general public would have grown tired of the net's unreliability and moved on. We wouldn't have the internet we have today.

More than twenty years on, the internet is on the cusp of yet another congestion and scale crisis, thanks to an explosion of content on sites such as Facebook and YouTube, and the proliferation of devices used for accessing and downloading that material: smart phones, tablets, and netbooks. Service providers are worried.

According to industry group the GSM Association, the increase in mobile phones with internet access will at least quadruple the amount of online traffic within the next three years.

The International Telecommunication Union (ITU) says there will be five billion cell-phone subscriptions by the end of this year on a planet of 6.8 billion people. Mobile broadband subscriptions are expected to break one billion — up from 600 million in 2009.

Service providers are spooked by this anticipated demand and what it means for their aging networks. They feel they must charge us more. Spanish carrier Telefonica recently told the European Union that it might have to "optimize scarce shared network resources" to cope, while Nokia Siemens Networks said "we have to be fair, and we cannot beat the laws of physics" — in other words, charge or de-prioritize free services like Skype.

Meanwhile, AT&T plans to spend $2bn this year upgrading its networks, adding thousands of new cells and fiber lines for better 3G speeds. But even as they upgrade, providers are attempting to cut back on bandwidth. This past June, three years into selling the iPhone, AT&T killed all-you-can-eat data plans, and Verizon has capped its data plans before offering the iPhone on its network.

It's a situation that will alarm fans of net neutrality as well as consumers and businesses who resent paying more for the same service.

Just like in 1986, it's TCP/IP that's the problem. But Jacobson — a former chief scientist for network giant Cisco Systems and for Packet Design Networks — has a new beef, and it goes beyond just making the technology work better: privacy.

Next page: The terror of Faceook
Page: