The "Phantom Ray" robot Stealth combat jet under development by US aerospace mammoth Boeing is ready to begin trials, according to the company.

The machine will now be flown to the military test centre, Edwards airforce base in California, mounted atop one of NASA's space-shuttle-carrying jumbo jets. 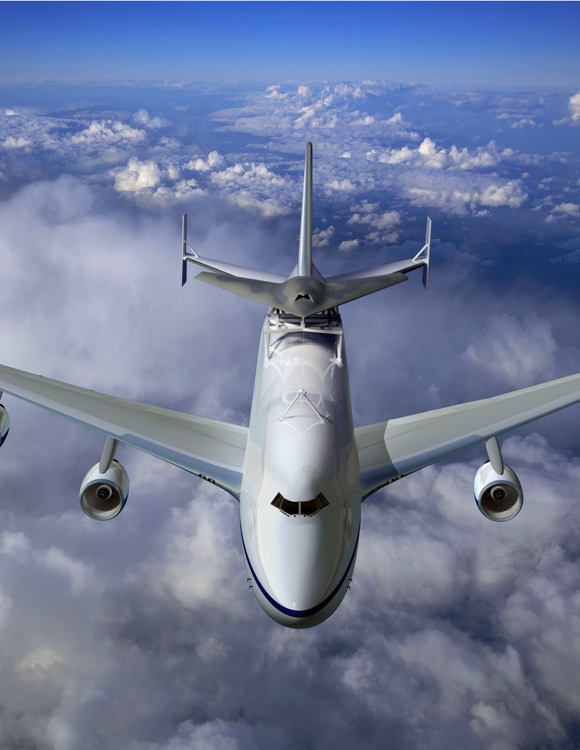 Both of these planes might be out of work fairly soon.

Boeing has brought the Phantom Ray to completion with its own money, building on earlier work done with government funding to produce the X-45 demonstrator craft. The X-45 was axed due to lukewarm interest from the US Air Force and for some time nothing happened to it: but then Boeing decided that it would be fatal to be left behind in the race to produce a full-fat robot warplane (as opposed to less-capable propellor powered offerings such as the well-known Predator and Reaper).

Thus the massive company has now brought out the Phantom Ray to contend against such rivals as the X-47 being produced by Northrop for the US Navy or the Avenger from General Atomics. Having undergone basic taxi tests at Boeing's St Louis fighter factory, the robojet will now be fixed atop one of NASA's pair of Shuttle-hauling jumbos for the trip to California. Once at Edwards, there will be high-speed taxiing tests and then a first flight next year.

"The autonomous nature of this system is unique," said Dave Koopersmith, Boeing bigwig.

More advanced combat roboplanes like the Phantom Ray are expected to largely dispense with the constant remote piloting required by a basic Predator. It will be possible to program a Phantom Ray or one of its rivals - X-47, Avenger or in time the British Taranis - with details of its mission and then simply order it to proceed. The jet will take off, fly the planned route, deliver bombs or carry out reconnaissance etc as ordered - perhaps defending itself against enemy ground fire or fighters the while - and then return to land, all without any great need for instructions from its human masters.

Such autonomy will permit the next-gen roboplanes to operate much more silently and stealthily, making them harder to find and attack. It will also ease the crippling bandwidth burden imposed by full-motion video uplinks from present-day unmanned craft.

However, the spectre of autonomous decisions on lethal force being made by machines rather than human operators is already causing some alarm: not to mention legal speculation.

For now, however, Boeing doesn't even have a customer for the Phantom Ray - and nor has any military force ordered an Avenger or an operational Taranis. The US Navy is paying for the X-47, but primarily in order to find out whether a large unmanned aircraft can actually operate from a carrier rather than with a view to building an operational fleet.

As for the Phantom Ray, Boeing intends to cough up for a six-month programme of flight testing at Edwards. If no government customer comes forward after that, the machine may find itself back in mothballs. ®