SSD on the go

With the performance figures in mind, curiosity got the better of me and I cracked the drive open. Inside the 128GB HyperX Max is a standard Sata SSD comprised of Toshiba TH58NV-based MLC Flash chips managed by a Toshiba T6UG1XBG controller, which is the same as featured on Kingston's SSD-Now drives. All of this is standard SSD equipment and resides on one board, which is in turn plugged into a Sata-to-USB 3.0 adapter. 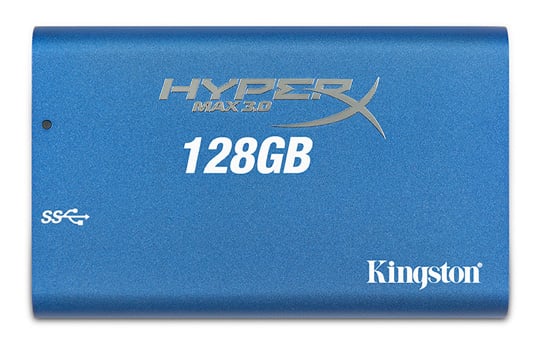 Pocket-friendly in more ways than one

Essentially, the HyperX Max is an SSD-Now packaged into a USB 3.0 enclosure. And if you're wondering what happened to that 100MB/s drop in performance, it would appear that it's all to do with the Sata/USB 3.0 adapter. I say this because I took the Sata SSD drive out and tested it with CrystalDiskMark on a Sata bus. Clocking up sequential read and write speeds of 234MB/s and 193MB/s respectively, the figures rang true with other Sata SSD product tests, as did the random read/write benchmarks.

USB 3.0 adapter bottlenecks aside, the HyperX Max still manages a respectable performance as an external storage device. At £125, the 64GB version is an alternative to Kingston's smaller, but slower, DataTraveler Ultimate USB 3.0 thumb drive. It's cheaper too, so it could be worth a punt for those who value speed over capacity and don’t mind carrying something a little bit bigger. ®