How I used Space Shuttle tech to insulate the living room

My big idea was to 'dry line' the existing walls with insulation, leaving the existing structure intact (mainly to help ensure that thermal performance could not get worse, but also so that no building control is needed). The best performing material on the market in terms of insulation for a given thickness is (as you'd now expect) aerogel, for example under the Spacetherm™ brand from Proctor Group in the UK, and provides roughly twice as much long-term insulation per cm as products such as Kingspan Kooltherm K17 rigid phenolic insulation but at many times the cost to achieve the same level of insulation. Aerogel pays off where space is at a premium. 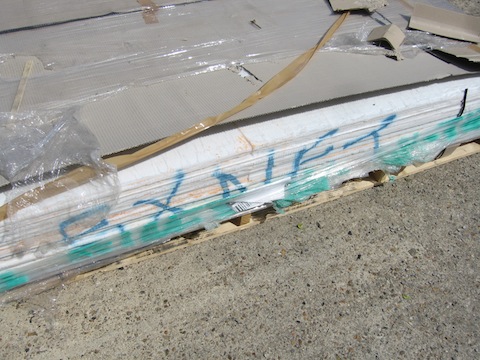 What every spacetherm enthusiast should see on Christmas Day. This is the aerogel as delivered

The same tech that keeps the Mars rovers warm should be able to keep us warm too.

As our living room is not huge at 15m^2, and I wanted to test a bleeding-edge technology to let other people know if it's worthwhile, I decided to go for 40mm of aerogel bonded (as four 1cm blankets) to plasterboard. K17 would have been about £170 for somewhat less performance at a similar thickness. With a fairly generous discount from Proctor, the aerogel came in at about £1500.

The blankets are silica-gel-derived aerogel with embedded polyester fabric to reduce brittleness. This blanket form snags drill-bits and saws and requires a bit of practice to get used to, and only an electric skilsaw seems to be really effective.

Working aerogel generates a fine desiccating dust that dries the skin and that you don't want a lungful of. The builders claimed that neither would bother them, but it did.

The Spacetherm-style blankets-on-plasterboard style also requires mechanical fixing with steel screws which will knock the edge off its effectiveness a little; due to thermal bridging.

But the relatively small thickness required to triple the insulation of our walls meant that we were able to replace two large old and ineffective radiators with one half-size double-skin modern one (and now place furniture right up to the end-walls of the room), and so we've not noticably lost any space at all from the drylining, far better than I'd thought.

We now boast exterior walls that beat the latest building regs by quite a significant margin.

By the time all the building works were done including replastering and painting and so on, the aerogel was nowhere near a majority of the cost.

I'm also intending to upgrade the windows from double- to triple-glazed, and in the interim we've put up multiply-lined curtains, as well as adding more insulation above the ceiling plasterboard. Putting back the internal door from the corridor will have done as much as the aerogel to keep cold draughts out.

As any decent engineer will tell you, the building elements cannot be successfully tackled in isolation if the desired overall effect is warm toes on cold nights.

To date the wonder aerogel seems to be working for us: the room's exterior walls are barely cooler than the interior walls and are far warmer than the double-glazed windows when it's cold outside. As the temperature drops we should get a clearer idea, and I'll hire a thermal camera to check. 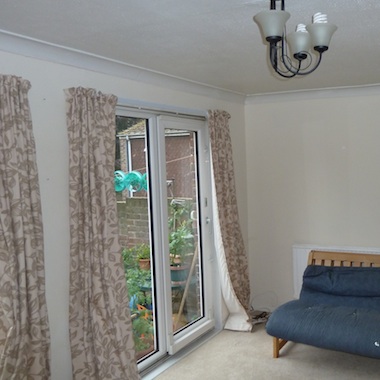 Hmmm... must do something about that futon. How the room looked, pre-insulation 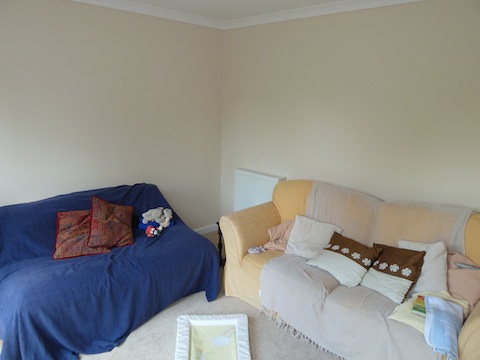 By my calculations, if all four of us are in the living room then it should stay at about 18C even if freezing outside just from our body heat, ie given London's average temperatures we should in principle stay warm year round even if the central heating failed.

Damon Hart-Davis is an IT consultant who has spent most of the past 15 years in the City, with a long-standing interest in small and low-power devices and various flavours of UNIX. He founded one of the first British ISPs, virtual credit card company, and once edited a supercomputer magazine.