Over on the right side of the iMac there was a pop-down door with a 25mm rubber-ringed hole through which cables could be threaded to the iMac's ports. And behind that door was where the iMac broke most clearly away from its predecessors.

"We're leaving the old Apple I/O behind," Jobs told his rollout audience. And the iMac most certainly did. Gone were SCSI, the Apple Desktop Bus (ADB) connecters for mouse and keyboard, and serial connectors for printer and networking. 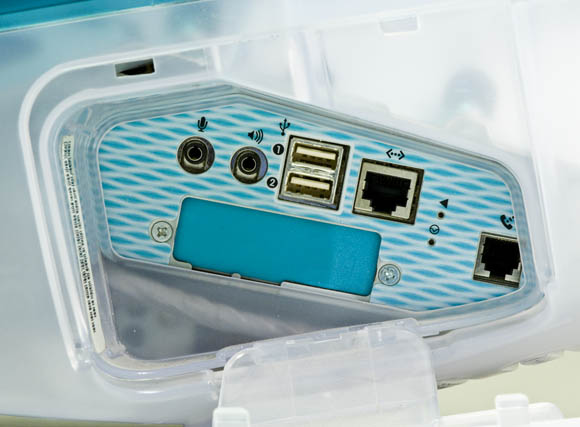 The revolution began behind a translucent white door (click to enlarge)

In their place were stereo audio-in and -out ports, a pair of 12Mbps USB 1.1 ports, an RJ-45 100Mbps Ethernet port, a power-reset switch and NMI (nonmaskable interrupt) button (better known as the "programmer's switch"), and an RJ-11 port for the iMac's modem.

Below the ports was an enticing rectangular area blocked by a screw-in plate — but more on that entryway into the supposedly non-upgradeable iMac's innards later.

The modem, by the way, wasn't the 33.6Kbps V.34bis unit that Jobs had said the iMac would have when he announced it in May. At that announcement, Jobs had said that "We are targeting [the iMac] for the number-one use that consumers tell us they want a computer for, which is to get on the internet, simply and fast."

V.34bis wasn't exactly what would be called "fast" — even in those pre-broadband days, and complaints were raised by many observers. When the iMac shipped in August, however, it included a 56Kbps modem based on the V.90 (aka "V.Last") standard, which was a harmonic convergence of the two competing 56kbps wannabe modem standards at the time: US Robotics/3COM's X2 and Rockwell/Lucent's K56flex. 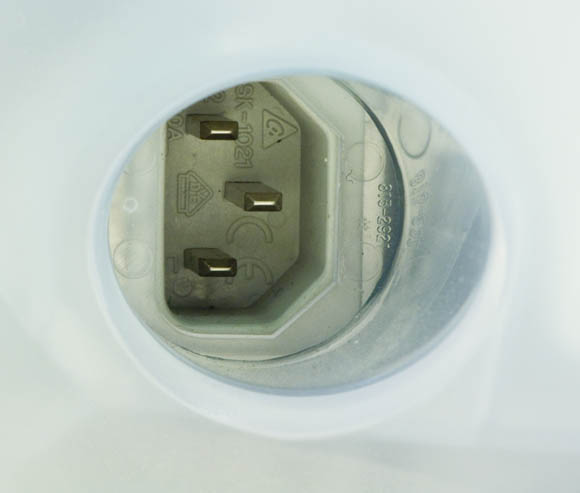 Apple's attention to design detail was evidenced in such small niceties as that port door's rubberized ring, and even the iMac's recessed AC-cord socket. Principal industrial designer Jonathan Ive once referred to the iMac as being "unashamedly plastic". He also noted that the iMac's translucency had caused him and his team to "[find] ourselves caring about the appearance of internal components that had previously had little impact on the product's appearance."

Next page: User-serviceable — for some users, at least
Page:
Corrections Send us news
132 Comments