While the RAM upgrades — both video and system — on the Bondi Blue are straightforward, upgrading the hard drive is less straightforward. But it's doable — especially if you're not lumbered with XXL hands, as is yours truly. 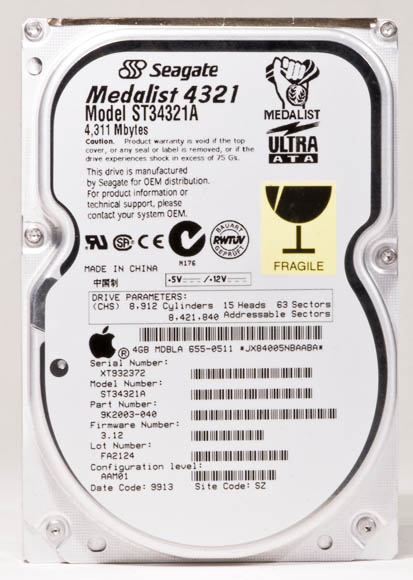 Four-thousand, three-hundred, and eleven megabytes — and each one well-appreciated (click to enlarge)

With only 4.3GB of space to work with, upgrading your Bondi Blue's hard drive was certainly welcome. However, because the iMac's ATA implementation doesn't support 48-bit logical block addressing, you're limited to hard drives of 137GB or under.

According to the venerable LowEndMac, you can also upgrade a Bondi's CD-ROM drive to a CD-RW drive. I've never seen a DVD-ROM upgrade for tray-loading CD-ROM iMacs such as the Bondi Blue, but that certainly doesn't mean they don't exist. I don't get out much. 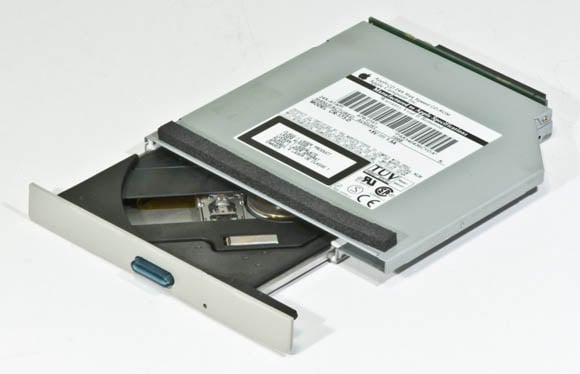 Yes, Virginia, there was a time when all optical drives were tray-loaders (click to enlarge)

Before we crack open our Bondi Blue to take a look at its bulky, dangerous, and archaic CRT display, let's take another look at those cables that I unhooked right before I slid out the system tray: 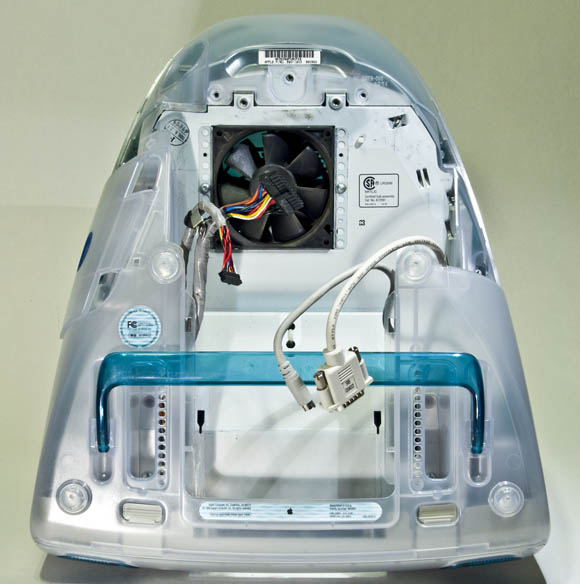 The one in the center is an eight-pin mini-DIN RS-232/RS-422 cable — which makes sense, seeing as how it snakes around the side of the CRT display and hooks up to the iMac's front-mounted infrared sensor: 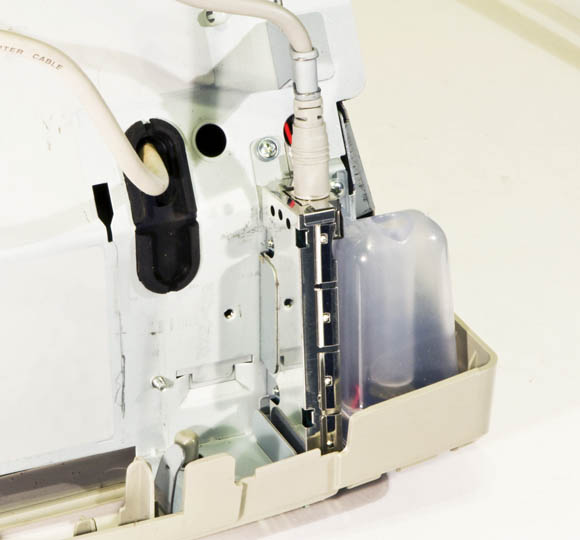 What is interesting about the photograph of that cable's destination, however, isn't the silver rectangular infrared-sensor unit to which it connects. Of greater interest is the translucent chamber with a curved top to the sensor's right, inside of which you can see a translucent tube.

That unit is a pint-sized speaker enclosure for the iMac's SRS stereo sound system, and the tube-within-a-box setup is essentially a bass-reflex system, but with the porting happening in the back end of the enclosure and not the front.

The iMac had a deservedly good reputation for decent sound despite its speakers' size. That little translucent box is one reason why.

Next page: The display of death
Page:
Corrections Send us news
132 Comments