Review Universal remote controls always sound like a good idea – one handy little remote to control all the digital gadgets cluttering up your front room – but they never quite seem to live up to the hype. The cheaper ones tend to be a finger-tangling clutter of buttons, while the more expensive models, such as Logitech’s touchscreen Harmony, can cost as much as £300-£400. 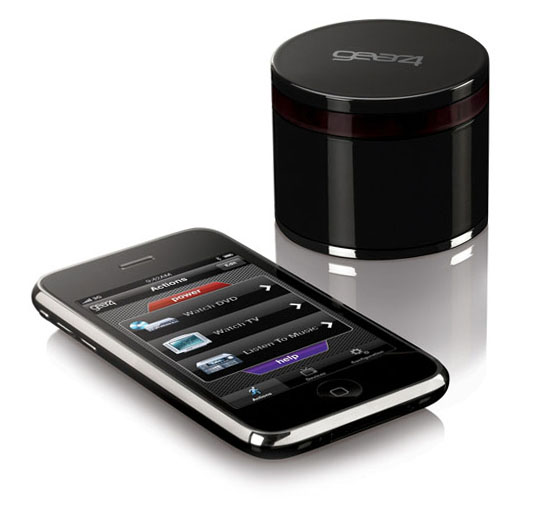 However, Gear4’s new UnityRemote strikes a good balance, allowing you to use the touch-screen controls of an iPhone or iPod Touch to control your devices for a somewhat more affordable 100 quid.

The Unity consists of a small cylindrical infra-red transmitter that also has the ability to pair with your iPhone/iPod using Bluetooth. The transmitter runs off three AA batteries, rather than mains power, so it can be positioned pretty much anywhere within line of sight of your TV. Gear4 suggests that it should run for about four or five months per set of batteries.

The company also acknowledges that the Bluetooth connection adds “a little more” to the drain on the iPhone/iPod battery, but it didn’t seem to have a particularly noticeable effect on my iPhone’s battery during my tests. 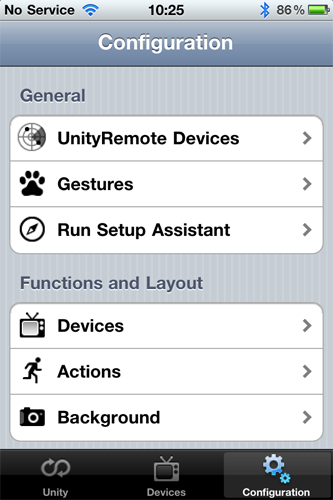 Once you’ve set up the Bluetooth connection you then download the Unity app from the App Store and use it to configure the Unity transmitter to control your TV and other devices Even though the Gear4 web site only lists the iPhone and iPod Touch as compatible devices, the app seemed to run fine on my iPad.