Get your specs on

Despite being 3D-enabled, GT5's world feels sterile and lifeless, nowhere more so than in track side details. Patently old-gen, with blurred, flat textures and simple reflections, GT5's environs look like model railways, with barren landscapes punctuated by plastic people and candy-floss trees. 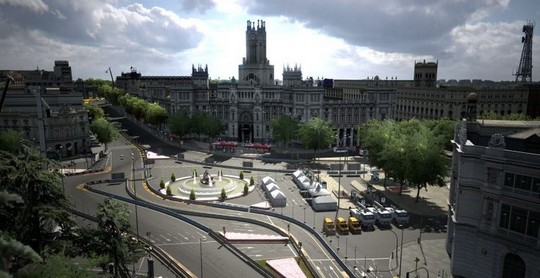 Graphics aren't GT5's only shortcomings. The menu and navigation systems are unwieldy relics of the last generation. Every action is made more difficult by bewildering design choices, such as allowing you to enter into the Tuning Shop with a Go-Kart, but only bothering to tell you that you can't tune it when you come to select individual parts. Frustrating enough in itself, navigation becomes exasperating through slow load times. Excruciatingly slow to start with, load times remain lengthy even after GT5's watch-paint-drying 50-minute 8GB install.

The interface most frustrates in online racing. Without a proper invite system, your friends are left to search long lists for your lounge - GT5's persistent online race lobbies. Once found, its a confusing rush to choose restricted races and car types before someone hits the Start Race button, which is available to all lounge members. Any selfishness, momentary indecision or disagreement usually results in several players being precluded from races. 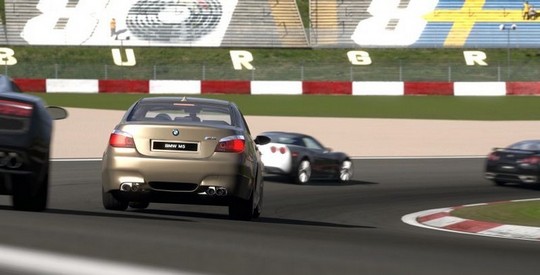 More hairpins than a fashion boutique

That said, with a little teamwork, races start without a hitch. And when they do, GT5 shows itself to be an excellent online racer. With up to 16 racers driving independently-tuned cars it's another mightily impressive display of physics. And with full chat and spectator options, along with basic social networking features, such as message boards and driving statistics, GT5's community features will ensure real longevity to its online offering.

GT5 ultimately feels like a missed opportunity. Polyphony has fallen way short in fulfilling expectations of producing the defining racer of this generation. By spending too much time tinkering under the bonnet, the developer has failed to notice the advancements made by other racing teams. But while many drivers will be put off by GT5's infuriating dashboard and second-rate coachwork, there's no denying the technical genius under the bonnet and the thrill to be had in the drive. ®