Ventblockers As a postscript to last week's Ventblockers II shocker, we felt we had to share a final image with you, giving a pretty good idea as to why this particular video card croaked it: 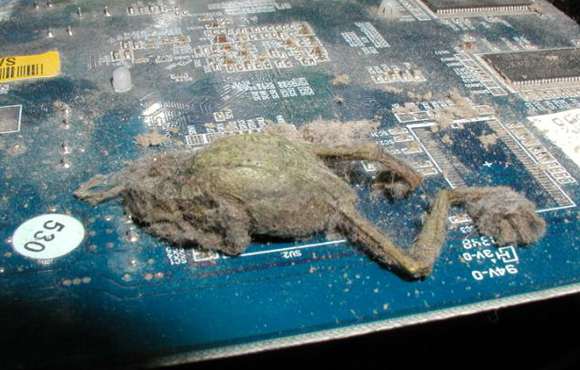 A shaken Richard Boyle explains that he and his colleagues down at Sneakers Computers in Courtenay, British Columbia, "built this system, so it hadn't come from the manufacturer like this".

He adds: "The frog was significantly bigger than any of the openings in the case, so we don't know how it got in."

Doubtless the amphibian experts among you will be able to answer this poser, so it's over to you... ®

who, me? No crypto needed, just a project with a tough deadline that nobody minded missing
Software5 Dec 2022 | 5

Hosting company has nothing to say on data loss, restore times, or root cause
Security5 Dec 2022 | 6