Interview Let's forget the last few years ever happened — the last five, at least. Possibly 10. In the 1980s Sun Microsystems was on fire.

Founded in 1982, Sun raked in so much money that it broke the psychologically important $1bn sales barrier in six years. It took Microsoft 15 years to hit $1bn — six if your starting point is the date Microsoft was incorporated. Oracle — up the road from Sun — took 14 years.

Sun was the fastest growing US company between 1985 and 1989, according to Forbes, and supplied the entire US government with more than half its workstations nine years after starting.

Sun was early to the 1980s PC revolution. It built powerful machines that people didn't need to share compute time on, and it did so using off-the-shelf components, and based on SunOS Unix, which was based on Berkeley's BSD from Bill Joy. The BSD code was essentially free to anyone who wanted it. The creation of Berkeley Unix is regarded by some as the "birth" of open source software. 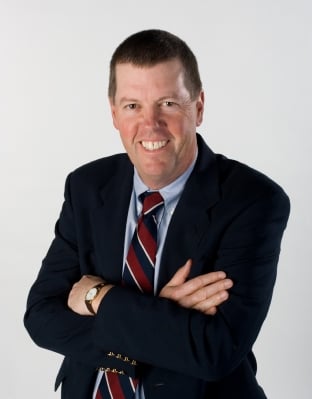 The Sun machines were cheap compared to computers of that time, but not that cheap — and it's easy to see how Sun soon busted the $1bn barrier. The Sun Sparc 10 workstation, 10 years into Sun's life, sold for $40,000. Bill Gates began selling Windows 1.0 at $99 a pop. No wonder Microsoft hit $1bn later in life. Today, $40,000 doesn't buy you a PC, it buys you a super computer with four teraflops of power — the Sparc 10 got you 10 Megaflops.

Still, stars that burn the brightest fade the fastest.

In the nearly 30 years since Sun started, Microsoft sold enough copies of Windows and diversified so broadly that it became the world's largest software company. Oracle became the number-one database supplier. Sun? It stumbled so badly that Oracle swooped in and bought it for a "mere" $5.6bn this year.

In a fitting memorial to the past, you'll now find a Sparc 10 behind glass as an exhibit at the Los Alamos National Laboratory museum in New Mexico. I saw one while on vacation there, right next to a Cray.

If Sun cofounder Scott McNealy has any regrets about the sale after those jet-fuelled early years, it's that he didn't get more of Oracle chief executive Larry Ellison's money for Sun's shareholders. "The week Larry closed the deal we were at the bottom of the Dow — we hadn't been that low for decades," McNealy told The Reg in a recent interview.

Sun was a group effort that became McNealy's charge. Stanford grads McNealy and Vinod Khosla founded Sun with Andy Bechtolsheim, who'd built the first workstations that first attracted McNealy, along with Joy. Khosla and Joy were long-gone by the end, while Bechtolsheim had left, been re-recruited and then slipped away again in 2008.

Having sold Sun to billionaire yacht-racer Ellison, McNealy is now doing unpaid work. He advises startups for no salary or retainer, he sits on the board of Curriki — a project he created to deliver free, open source educational materials for kids in the US up to college age — and he speaks at the odd event, such as last month's PostgreSQL West 2010, where I caught up with him.

McNealy might rue Sun's sale, but — truth be told — he probably had relatively little power over what went down. After a decade of red ink, and with Sun's market cap plummeting $5bn in four months to below $3bn, Sun's largest shareholder — Southeastern Asset Management — decided it was time for action, and they weren't taking any chances. The investors expanded the size of their stake in Sun to secure greater voting rights, and landed two extra bodies on Sun's board to force a strategy Southeastern said would find "opportunities to maximize the value of the company for all shareholders." Translation: sell Sun.

Further, McNealy was no longer running Sun day-to-day, having become chairman and relinquishing the CEOship to ponytailed vision chief Jonathan Schwartz, with his talk of open sourcing Java and Sun's software, and of floating Sun's business on a "rising tide of opportunity." As one pundit famously pointed out, Schwartz embraced an open source underpants gnome strategy. Immortalized by South Park,Underpants Gnomes sought to collect underpants during phase one and to turn a profit in phase three. Getting from pants to profit was the bit they hadn't worked out.

Towards the end of its life, Sun's open source projects were yielding downloads but no dollars; revenue from Java, open sourced amid great hype in November 2006, was falling, and only Marten Mickos' MySQL, bought by Sun for $1bn in 2008, was growing.

Next page: Money from underpants
Page: