"One of the issues I had with one of the other suitors was there was a complete overlap in what they did and what we did, and I could see 100 per cent of the Sun employees getting fired," McNealy told us. He didn't name names, but he was referring to IBM's bid for Sun. IBM had competed heavily with Sun for decades on processors, servers, Unix, Java tools, middleware, and open source. There weren't too many areas where they didn't overlap.

"At least with Oracle, they weren't in the hardware business, the operating systems business — the places and spaces where I saw chance for some Sun employees to keep their jobs, and that for me was an important consideration," McNealy said.

McNealy might not regret the act of selling to Oracle rather than IBM, and he might feel open source went too far by the end — but McNealy's biggest mistake? That would be Solaris. 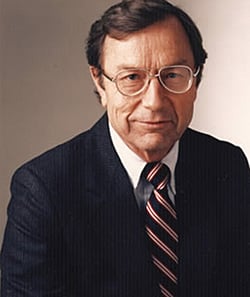 Solaris could and would have eaten Linux's business, McNealy believes. The problem was that Sun didn't act fast enough. Sun didn't open source Solaris sooner — OpenSolaris started to release in 2005. Proud of Solaris' technology and performance, McNealy believes now — as he did back in the early 2000s when Linux was taking off — that Solaris is a superior operating system.

What allowed Linux to become established was the openness of the code — Solaris was still closed — with its marriage to x86, a platform more affordable than Sun's Sparc.

"We didn't really make a mistake with Linux or Solaris. We did System V Release 4 [1990] and that really blew the doors off IBM, HP, and DEC Unix by combining AT&T with Berkeley [BSD] SunOS," McNealy said.

"But AT&T forced us to encumber SunOS so it was no longer an open-source operating system, so we went six or seven years not being open source, which hurt us in the open community. It wasn't that we wanted to go closed, it was just AT&T had very last millennium perspectives on open source and they were protecting the source code like it was the corporate jewels."

McNealy decided to act in 1993, just before the only person holding the most influence over the matter prepared to step down from his position of power. Ray Noorda was CEO of Novell, the company that bought the Unix trademark from AT&T along with Unix Systems Laboratories — the AT&T subsidiary formed out of AT&T's Bell Labs. McNealy said he telephoned Noorda, and in the course of a week negotiated a deal that gave Sun rights equivalent to ownership over Unix, and valued at $90m. Noorda left Novell a year later, and Novell transferred the Unix trademark to industry group X/Open whose members included Sun. Rights equivalent to ownership gave Sun more freedom to work with the code.

In a 2003 interview, then–software executive vice president Schwartz told eWeek that Sun paid AT&T to get rights equivalent to ownership — Sun paid $100m, he said. We double-checked this with McNealy, and he is positive: there was an agreement with Novell in 1994. This would make more sense, given it was Novell that retained the Unix trademark.

Sun went on to use its Unix rights to open the code and create OpenSolaris, spending years and millions of dollars to engineer out patents held by various patent holders.

This was step one in making Solaris more accessible to the community. Step two, putting Solaris on x86, proved tougher, and McNealy faced opposition inside his own company from those who'd grown used to the non-x86 hardware at the heart of Sun's business.

Putting Solaris on Intel would take Sun's Unix to people outside of Sun's traditional customer base of high-spending telcos, financial services companies, and government. It might also give these same people a reason to no longer buy Sun's pricey Sparc servers.

"If we'd have just decided to release Solaris on metal instead of shrink wrapped, Solaris on Intel would have been a wild hit and nobody would have done Linux," McNealy told The Reg. "I could have told them: we'll open source Solaris eventually and the only reason they went to Linux was because Solaris wasn't available on Intel."

Next page: Yes, we have no Solaris on x86
Page: