Shooting to stand out

How was your gaming in 2010? Which console games will you remember most when you're through overindulging and it's time to carelessly box up the tangle of Christmas lights and decorations? Which stand-out moments will you recount as you drunkenly belt out Auld Lang Syne and resolve to make these New Year's resolutions your most resolute ever?

For me, 2010 was a great gaming year, but not a vintage one. I played a tonne of average games, a dozen good ones, and a handful of great ones. Originality was in short supply, and those titles that did innovate were out gunned in the charts by sequels and reboots of long-running franchises. But the usual lack of originality was at least tempered by a general increase in standards across the board.

The reasons for both are understandable. The inexorable erosion to free-time and disposable income makes videogames appear increasingly like luxury items to cash poor, time poor gamers. Developers can't afford to make bad games, and consumers certainly can't afford to play them. Developers can also ill-afford to take risks. And in a year that saw high-profile development casualties such as Realtime Worlds and 3D Realms, it's hardly surprising to see innovation muffled by the din of corporate bean-counters.

It's ironic, then, that one of the year's greatest games was also one of gaming's riskiest ever gambles. Red Dead Redemption achieved the impossible. Few believed the Wild West would ever be tamed in a videogame, not least by the sequel to an underwhelming last-gen IP. But despite the now-infamous development troubles and lengthy delays, Red Dead Redemption lassoed and hog-tied not only the entire summer to itself, but arguably the title of greatest sandbox game of all time. 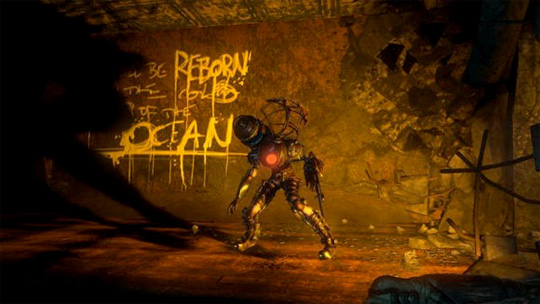 Red Dead wasn't the only game to suffer delays. Crysis 2, LA Noire and Portal 2 were just a few of the Triple-A titles to miss their 2010 release dates. But the year was balanced out by the fallout from 2009's Modern Warfare 2 release débâcle, which saw promising titles carried over into the early months of 2010.

Next page: The decline of Japanese development
Page: