Flash is not that reliable

The source data showed the supplier, capacity and model of disk drive, but only the supplier of the SSDs, not their capacity. Also the type of failure was not revealed; some disk drives may have been repairable. 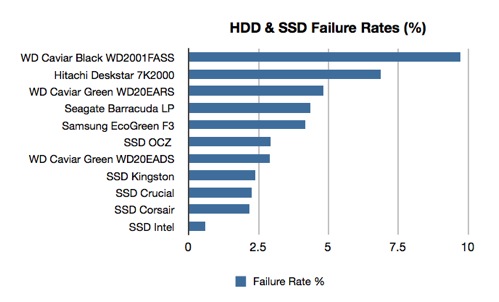 This is just one retailer in just one country, so, although it shows that generally SSDs fail more often than disk drives – except with higher capacity drives – and that Intel's SSD failure rate is markedly lower than its competitors, the data should be taken as indicative and not gospel. ®