Stream to the small screen

You can now watch Freeview shows on your iPad or iPhone - on the move.

Making mobile telly possible is Tizi, a gadget from Equinux which combines DVB-T tuner, Wi-Fi hotspot and a battery to keep them both ticking over. 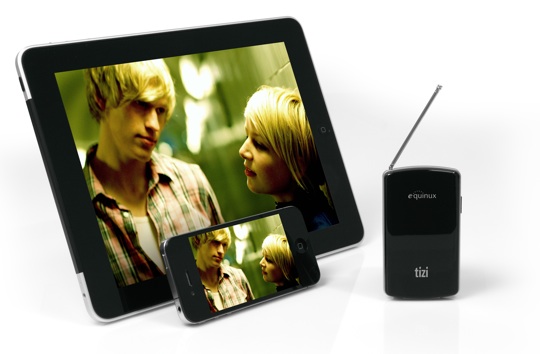 The £150 device picks up programmes and streams them over Wi-Fi to an app running on your tablet or phone. The app, in turn, points the tuner at the station you want to watch.

Out of the box, the Tizi app - which is free - won't record TV shows, but Equinux promised that an update that allows just that will be released later this month.

The box itself is a mere 71g - so it won't strain your pockets or bag - and has a battery capacity good for three-and-a-half hours' viewing, Equinux claimed. The power cell is recharged by USB - just use you iPhone or iPad adaptor. ®