Google's utopian vision of a uniquely democratic and completely objective web search engine is dead. It died about three years ago. While no one was looking, Google killed it.

Google now freely admits that its search algorithms are driven by its own "opinion." Earlier this month, when the company rejigged its algorithms in response to a New York Times article that showed how at least one character boosted his Google ranking by abusing his customers, Mountain View flatly discussed the change as a matter of opinion. And when one eagle-eyed blogger let out a virtual gasp, uber Googler Matt Cutts popped up confirming the stance, acting like no one should be surprised.

Google has used such language to describe its algorithms, Cutts said, since 2007. "We went through our website documentation," he wrote in response to John Battelle's blog post. "We tried to clarify where possible that although we employ algorithms in our rankings, ultimately we consider our search results to be our opinion." As Cutts pointed out, Google's "technology overview" page now says "PageRank reflects our view," not "PageRank is an objective measurement."

In one sense, this "clarification" is merely stating the obvious. Of course Google's algorithms are its own opinions. As Cutts pointed out, he publicly used similar language to describe the company's algorithms as far back as 2006. But such talk is still nothing less than shocking. Google pushed the notion of an unimpeachably objective search for so long and so hard, it's burned into the brains of the world's digerati.

Even Google's own employees continue to believe in the objectivity myth. "It's important to remember that our search results are generated objectively and are independent of the beliefs and preferences of those who work at Google," Lucinda Barlow, head of corporate communications for Google Australia, said as recently as last January.

For years, this is the way Google officially described its search results. The language is conveniently preserved by the Internet Archive. And in some cases, the company continues to play the objectivity card when defending itself against complaints of bias. Foundem – the UK-based vertical search outfit that sparked the EU's antitrust investigation of Google – claims that Google's algorithms are biased because they whitelist out certain sites, pointing to emails where Google employees say as much. But officially, Google denies the whitelists, indicating that all sites are subject to the same machine-driven treatment. 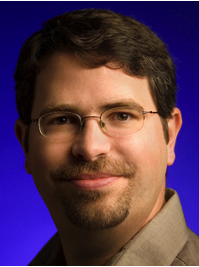 When we asked Google to officially confirm that its search results constitute its opinions, it did. And it pointed us back to that 2006 statement from Matt Cutts. "When savvy people think about Google, they think about algorithms, and algorithms are an important part of Google," Cutts told John Battelle that year. "But algorithms aren't magic; they don't leap fully-formed from computers like Athena bursting from the head of Zeus. Algorithms are written by people. People have to decide the starting points and inputs to algorithms. And quite often, those inputs are based on human contributions in some way."

It's an apt description. But Google goes even further in using the word "opinion." And as John Battelle indicates, you have to at least ask how that one word plays into the antitrust issue. Ultimately, in order to prove antitrust violations, you have to prove competitive harm. But according to Herbert Hovenkamp, an antitrust scholar at the University of Iowa, Google "opinion" talk could weaken its antitrust defense.

"In order to violate antitrust laws, a search engine has to be more than simply biased. It has to be biased in some way that affects economic competition," Hovemkamp tells The Reg. "But if Google's opinions favor its own economic interests and disfavored competitors, then yes [it could weaken their defense]."

Next page: Google: 'We're just trying to be accurate...'
Page: