Opinion Tablet media applications have a Google invisibility cloak around their stories. As this spreads a deadly revenue-denying dart could penetrate Google's media business model. 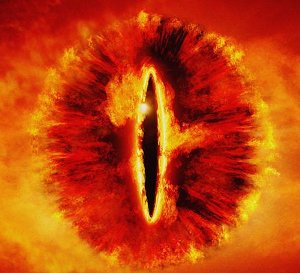 'There is no hope in the void'

The worldwide web is wide open, and Google takes full advantage of that, indexing everything it can find and providing access to it. Online media has followed the web model, with hypertext links from articles to sources and companion stories. The Reg is typical of this.

The Huffington Post website, a free-to-access news media site funded by adverts on the pages, follows this model. But, crucially, the iPad Huffington Post app is not available on the web. You can't download the app to a Windows and Mac PCs and notebooks.

The content inside the iPad HuffPo is invisible to Google; it's in a black hole that Google's web-crawling spiders can't penetrate. Let's generalise. All the content in media implemented as tablet and smartphone apps will be invisible to Google and other search engines. As long as there is a website equivalent of the tablet/smartphone media apps, that won't matter, but how long will this fragile state of affairs continue?

For any media site the idea of a media app, comfortingly confining its users behind velvet curtains in a cleanly-designed and clutter-free environment and with an oh-so-easy possible transition to a subscription business model must look enormously attractive. Your content is exclusive because it is simply not seen by web aggregators and search engines. No bozo aggregators can syphon off your users. You can discreetly add adverts if you wish and get paid for those too.

Eric Schmidt, Sergey Brin and Larry Page must be looking at this phenomenon and seeing the potential of a dark curtain being pulled across the wide open worldwide web they have been free to pillage for a decade. That curtain will close off parts of the online content world to Google, and hence restrict Google's ability to serve up ads to users guided to media sites by Google. Will that cause Googleplexers to quake in their boots?

Imagine a Facebook app, a LinkedIn app, and a web world of fleeing newspaper sites as they transform into newspaper tablet apps and vanish from the Google radar. Google, Bing, Yahoo and other search sites and news aggregation sites will get the equivalent of macular degeneration; their web field of view will constrict more and more, affecting their revenue and business models from the media indexing point of view.

There's more. Have you heard about Mac Apps? Could we conceive of the HuffPo as a Mac App, available to Mac OS desktop and notebook users? Suddenly a tablet app-based denial of web search service attack on search engines would spread to Apple notebooks and desktops. Would the now imitative Microsoft let Windows get left behind? No way, Jose. The widespread adoption of media-as-apps on all consumer computing platforms might almost be seen as inevitable.

I foresee a fracture of the all-embracing worldwide web here. The online media world mostly overlaps the worldwide web now, apart from the tablet app niche. But that niche is the very thin end of what could be a huge wedge. The proliferation of apps could deny the search giant its vital revenue and drive a stake right into the heart of its media business model. ®