More than a decade ago, IBM challenged humanity to a chess match with its Deep Blue supercomputer. And the computer won. Now, the company has issued another challenge to humanity. This time, the game is trivia. And humanity has better odds.

It is hard to guess who will win the grand challenge contest between humanity and Watson,  a supercomputer that Big Blue has programmed to play the Jeopardy! game show. Jeopardy!, if you're unacquainted with the age-old game show, gives contestants answers in a variety of categories and relies on puns and other wordplay to confound players as they figure out on the fly what questions the statements answer. Humanity is rolling out Kenneth Wayne Jennings III, who has held the top rank in the game the longest (with 74 wins), and Bradford Gates Rutter, who has racked up the most cash ($3.25m) on the show during his reign earlier in the decade.

You will note that it's 2 against 1. A bit like Dave Bowman and Frank Poole versus the HAL 9000 in Stanley Kubrick's 2001: A Space Odyssey. 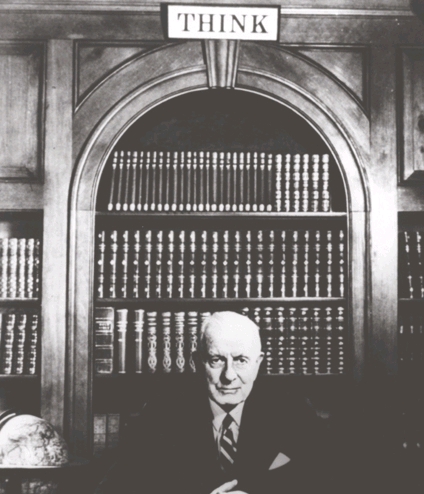 El Reg told you all about the Watson super and its question-answering (QA) software back when Big Blue announced the project in April 2009. Since that time, IBM has coded and refined the Watson software, which ran on a massively parallel BlueGene/P supercomputer. This is not the most advanced BlueGene box that IBM has in development - that would be the BlueGene/Q that previewed at the SC10 supercomputer show back in November. IBM has not said what configuration of BlueGene/P machine will be required to match wits with Jennings and Rutter playing Jeopardy!, but presumably the configuration will be detailed once the contest is under way on February 14 through 16 in 2011. The IBM press release says that Watson's QA software is running on a Power7-based machine, but says no more about this part of the configuration. What I can tell you is that BlueGene/P is not a Power7 box, and neither is BlueGene/Q. 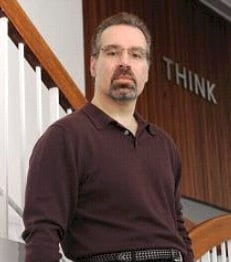 When Watson was announced nearly two years ago, the project was already two years in development and IBM was still unsure of the final system configuration. David Ferrucci, the scientist leading the Watson QA project at IBM Research, was not even sure if the supercomputer would actually hit the trigger button to provide a question or speak its questions like the human players. But as you can see from video clip, Watson has a servo finger and speaks.

I suspect that IBM could have given Watson a more human voice than it did - and perhaps even that of a grumpy and aggressive man of Scottish descent from the Southern Tier region of New York who might have sounded like Big Blue's founder, the original Watson for which the Jeopardy! playing machine is named - but chose instead to make the robotic quizkid sound like something a little less smooth than the dulcet tones synthetic drug-induced calm of HAL from 2001: A Space Odyssey and a lot more like a Commodore 64. And that was just to keep us from totally creeping out. 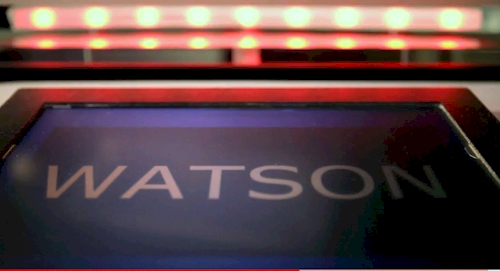 During the fall, the Watson super played 50 sparring matches against former Jeopardy! tournament of champions contestants to help IBM tune the software. And more recently, Watson has taken the same contestant test that human players take, and has passed this as well.