OK, where are the pandas?

Review World of Warcraft actually bears more than a passing resemblance to it’s new - or old, depending on your perspective - villain Deathwing. Since its launch in 2004, it has trampled through the lives of millions, wreaking havock and destruction while altering the landscape of massively multiplayer online role-playing games forever. 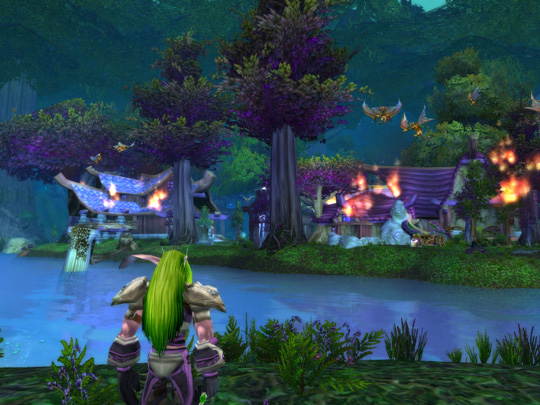 Cataclysm is the third expansion set to be announced at Blizzcon 2009, which isn't really that long ago but has seemed like an eternity for those of us who hit 80 and got bored with Wrath of the Daily Quest – sorry - Lich King, long ago. To entice me and my monthly subscription fees back, Blizzard have woken Evil old Deathwing the Dragon. The Daddy of the black dragon flight is not a happy bunny and the fallout is some jawdropping environment changes to Azeroth.

One question, though: wasn’t this expansion supposed to see us brave heroes entering the Emerald Dream? Not to mention all the talk awhile back of underwater WoW and having Naga as a new playable race. Making the Black Dragon flight the main baddies once again seems a bit predictable, in spite of all the world-changing (Lava? Again?) 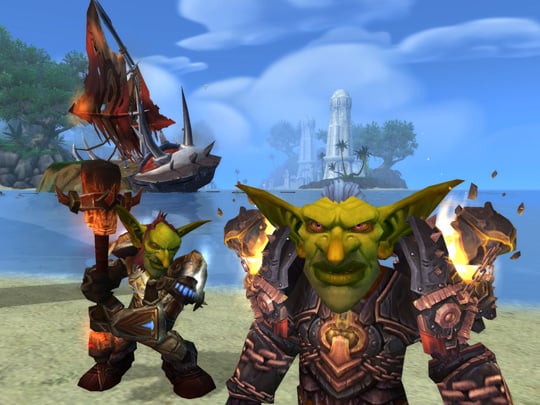 Anyway, what I’m excited about are the two new races Cataclysm has to offer: the Worgen coming down for Alliance, and Goblins now siding with the Horde. I may be excited but I’m not happy. I am Horde through and through; why are you punishing me with such a lame new race - goblins? WTF?! Should've been Worgen for Horde - no human state - and Pandaren for Alliance. Blizzard has been promising Pandaren as a playable race since forever. I imagine I’m not the only one severely disappointed by the lack of fuzzy brewmasters. Is Blizzard afraid of their awesomeness?

But screw it, for this review I will turn traitor…. Worgen for the win!

Next page: What big ears you have..
Page: