There's nowt as thick as folk

Recovering data after a user had somehow managed to microwave a hard disk or dropped a PC from a second floor window were among the more unusual data recovery problems successfully tackled by Disklabs during 2010.

Other bizarre cases included helping a client who had managed to drive over his computer. Disklabs has put together a list of its oddest data receiver jobs of the last 12 months, all of which concluded with the recover of data from damaged or destroyed devices. 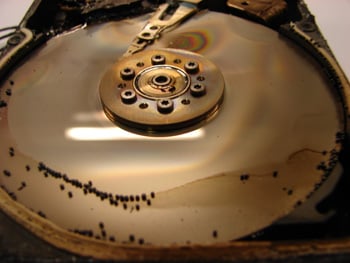 Steggles explained that the risk of these potentially expensive data recovery jobs can be avoided if users regularly back up data but that's a lesson many learn only after a costly mistake.

"People always have, and always will, lose data. In what can be desperate circumstances we not only help by recovering the stored, vital information, we also advise clients on the most appropriate backup policy," Steggles explained. ®

Being over budget, behind schedule, becoming obsolete, and impeding other projects isn't a way to get a green light
Science30 Nov 2022 | 6