How I watched a holographic storage company implode

It was a stony and hard road that holographic storage start-up InPhase travelled, going from hope to long, drawn-out despair. Its ambitions were left in tatters after senior management mis-steps and funding difficulties, but now the firm is allowing itself a little hope again.

This is an insider's story of what happened seen from the optical storage trenches.

InPhase experienced repeated and prolonged delays as it struggled to get its 300GB Tapestry holographic disk and drive to market as a viable archive medium for applications in the movie and allied industries.

The firm was headed for destruction has now stepped back from the brink. Its two venture capital owners, Acadia Woods Partners and majority stake-holder Signal Lake were involved in a struggle to auction off its assets (Acadia) or try again to keep it afloat (Signal Lake) which went to court, and from which Signal Lake emerged victorious. The road that led to that court case was a long, hard and circuitous one.

Basically the holographic technology was extremely hard to productise, and restricted funding meant that development efforts were crippled. Our account was relayed to us by an InPhase employee who joined the Boulder-based firm in early 2008 and stayed there for about two years – until the company laid off all but a handful of employees in February 2010. 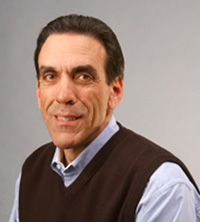 For over a year, Nelson Diaz had to stand in

front of 60-80 employees every month and

During that period, the company was led by CEO Nelson Diaz who generally played a straight bat as far as the employees were concerned. Our source told us: "Overall, he seemed alright. When we had money he encouraged employees with bonuses for deadlines, etc. When money got tight he was willing to  stand in front of us once or twice a month and say, 'Well, we made minimum wage this month but I don't know about next month'.

"I believe the actual management – meaning the CEO, VPs, etc – dealt with us fairly well. There were rumours that Nelson was not on minimum salary but as I said before, he had the guts to stand up in front of 60 to 80 very angry people very month and tell them he didn't know if they would have jobs in a month. And he did this every month for over a year.

"I don't know that they had much control over what happened, and it seemed at the time that they were in a similar boat of uncertainty."

"However, I  think a lot of the company's problems may have come from him (Nelson Diaz)."

The holographic technology involved solving difficult technology problems concerning disk recording medium formulation, and drive component precision, performance and stability, as well as software or firmware algorithms. Our correspondent from the trenches said: "Over the two years I was there, we mostly had problems with sensitivity of materials. By that I mean that motors weren't as precise as they needed to be or we didn't have fine enough control over the laser."

These issues were fixed mostly by just getting better parts. "We had several general performance issues caused by bad glass coatings and poorly made optics. These problems were mostly fixed but for about 12 to 13 months, there was a complete hold on all purchases. So while we knew the problems, we could not  actually fix them in more than a couple of drives."

Seen from El Reg Towers, and with hindsight, this seems an indictment of the funding regime, and like a marathon runner shooting himself in the foot. It indicates a fairly severe mismatch between technology development costs and the funding sources.

One technology problem concerned the physical format of the drive. Our ex-InPhase man said: "I know that the physical dimensions of the drive were specified by (Nelson Diaz) so that it would match the StorageTek slot, which is not an industry standard. This was before my time but I know it required a massive redesign of the drive itself."

Our InPhase insider says Diaz was also involved in unrealistic product development timescales: "Shortly after I started working at InPhase, there was also a problem where Nelson and the marketing team had decided on a production timeline before the drive was actually ready. It culminated in an all-hands meeting, where the head of research stood up and asked him why none of them listened to the engineering department when we said it wasn't ready, and then flat out told him that the drive was not ready for market."

Bart Stuck disagrees with this: "Neither the CEO nor the CTO said anything in a public forum with InPhase staff about NOT being able deliver a reliable disk drive and storage media that could be manufactured in volume, that I was aware of."

He added: "I asked three different InPhase employees, did any of them ever remember the CTO standing in front of a number of InPhase employees and asking them why engineering says they cannot deliver a product on the schedule at hand, and yet the upper management pushing to commit to do so. No one remembers this... It would be such an unusual event it would have stood out in their memories."

The InPhase ex-employee continued: "I don't know the specifics of most of the delays, but I would assume they are similar to the delay of our 15 May due date, the last official  deadline I think InPhase put out. Basically the drive wasn't ready yet. The 15 May deadline was because the drive did not have a stable 300GB format yet. The media formula and writing algorithm were still unable to recover all the data after a full archive run. (Media treated in such a way as to simulate 50 years of aging). This was solved by the following August, but funding woes prevented us from taking it further."