Review Following a period in the doldrums, Motorola has certainly turned a page coming up with a series of well-specified Android smartphones and its own innovative social networking tools. The Milestone 2 is not to be confused with the second Milestone phone, the Milestone XT720 – no, you're right, it is confusing. Featuring a slide-out Qwerty keyboard and Motoblur, it takes some of the best bits of the original Milestone. Add the HD video of the XT720, along with upgrades and tweaks that improve virtually everything and what could go wrong? 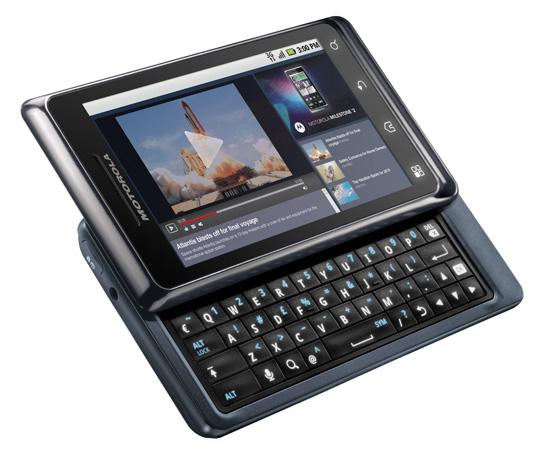 Motorola's Milestone 2: curiously enough, the third in the series

Like the original Milestone, the 2 is a chunky beast at 116 x 61 x 14mm and 169g, with much of the bulk attributable to that solidly built slide-out Qwerty keyboard. Most of the front is taken up by the 3.7in capacitive touchscreen with room beneath it for just a thin slice of touch sensitive controls: menu, home, back and search. There's a little indented lip at the very bottom, which, like the chin on HTC's Legend, has no obvious benefit except to give it a slightly more distinctive look.

On the sides there's a volume rocker and micro USB power/sync slot, with a power/lock button and 3.5mm jack on top. The slide-out Qwerty keyboard has been improved since the original. By doing away with the large navpad there's room to space out the keys a little and even add a few more, bringing the total to 45. They're made of rubberised plastic and the centres have been raised slightly, making them easier to find under the thumbs. Along with Android's really rather good predictive text, it's a joy to use.

The Milestone 2 comes with the current Android 2.2 OS which gets a little bit of a facelift and a few extra features, notably the ability to use the handset as a 3G hotspot with the capacity to connect up to five devices to the Internet at once. It's a serious drain on the battery, but could come in handy, especially if you can plug it into the mains.

Up to seven home pages can be filled up with icons and widgets in the usual Android fashion. A series of dots at the bottom tells you which screen you're looking at. It's all powered by a 1GHz processor which seemed to keep things running smoothly enough, only showing a little sign of strain in the form of lag when I got close to running the maximum seven functions at once. 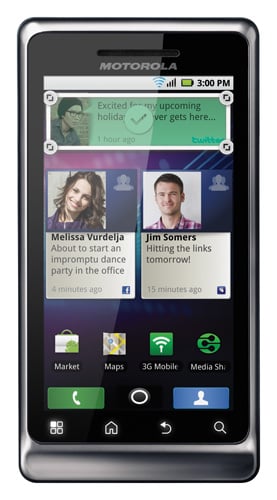 Features all the social niceties of Motoblur

Chief among the widgets is Motorola's Motoblur service, which combines your Facebook, Twitter, email (all of which are easy peasy to set up) and other social networking alerts into a single stream. I really liked this on Motorola's Dext and felt they'd missed a trick by not including it on the other Milestone models.

Next page: In the picture
Page: