From Antennagate to WikiLeaks: the year in tech lunacy

In the tech world, 2010 was a year to forget. And that makes it all the more fun to remember.

Once again, The Reg gives you its annual list of the year's biggest stories. And by biggest, we mean the stories most likely to make you sit up, take notice, and spew coffee all over your keyboard. Or chuck a laptop across the room. Or laugh 'til you can laugh no more.

Or all of the above.

It's all here – from the WikiLeaks madness, iPhone Antennagate, and faked CEO expense claims, to wronged women, shameless U-turns, and sleepless Microsoft nights. It features some of the most amusing characters the modern world has to offer, including Steve Jobs, Eric Schmidt, Mark Zuckerberg, and many more...

The biggest story of the year was not WikiLeaks. It was the reaction to WikiLeaks.

The 250,000 classified State Department cables uncloaked by Julian Assange amounted to little more than good gossip. They confirmed a few things we already knew (Pakistan's intelligence service, for instance, was playing both sides in Afghanistan), and they served up a few new bits of information (Saudi Arabia wanted Iran bombed). But the cables weren't nearly as newsworthy as what happened next.

Amazon kicked things off by removing mirrored WikiLeaks servers from its AWS hosting service. According to Amazon, the decision came before a call from Senator Joe Lieberman, chairman of the Senate's Homeland Security and Governmental Affairs Committee. But it was Lieberman who alerted the world to the decision. "The company's decision to cut off WikiLeaks now is the right decision and should set the standard for other companies WikiLeaks is using to distribute its illegally seized material," he said.

Then PayPal booted WikiLeaks. The eBay-owned payment processor told a European conference audience that it was nudged by the US State Department, but later claimed there was no direct contact from the Department. According to PayPal, it was merely responding to a letter the State Department sent to WikiLeaks.

MasterCard and Visa also refused to process payments for WikiLeaks, and a mini net war ensued. The group calling itself Anonymous launched a massive denial of service attack on PayPal, MasterCard, and Visa, as well as sites for Lieberman and Sarah Palin. They called it Operation Payback. There were some outages, but nothing significant. Hackers said they breached 10,000 MasterCard payment cards and offered screenshots as evidence, but this couldn't be confirmed. Then Operation Payback came under a counter DDoS attack from so-called "patriot" hackers. 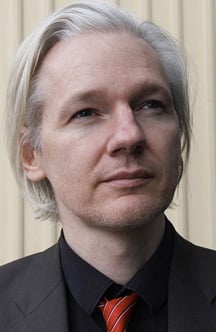 Meanwhile, students at Columbia University's School of International and Public Affairs were advised not to discuss the WikiLeaked docs online, especially on sites such as Facebook and Twitter. The advice came from the university's Office of Career Services, which had apparently received word from a State Department official who happened to be a school alumnus. Then federal workers were told they weren't allowed to read the cables, even though the documents were readily available on the web. 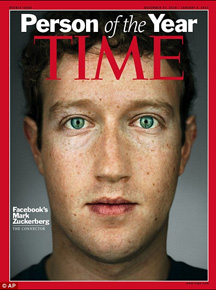 Some guy's Face on a book-like product

To stop future leaks, the Department of Defense rolled out a new security policy that included disabling the "write" capability on its PCs, hoping to prevent employees from sneaking data onto thumb drives and other removable media. Lieberman proposed the Shield Act, which would amend the 1917 US Espionage Act to make it illegal to publish the names of military and intelligence informants. Never mind that it violated the First Amendment to the US Constitution - which protects the right to free speech.

As for Julian Assange, he now faces the possibility of indictment under the Espionage Act. And if that's not ridiculous enough, he was denied Time magazine's person of the year award. It went to guy named Zuckerberg for creating a site that lets you send mindless observations to your "friends".

Steve Jobs blames iPhone 4 'Antennagate' on everyone but Apple

Let's get one thing straight. There was no "Antennagate". At least, that's what Steve Jobs said.

The iPhone was released in June on a wave of love. But as soon as the phone hit stores, there were widespread reports of reception problems related to the handset's external looped antenna. The problems were very real. But Apple has a way of bending reality.

To combat the claims, the company went so far as to call a press conference at its Cupertino HQ. According to Jobs, talk of an iPhone 4 design flaw was pure fantasy, a myth cooked up by little minds resentful of his company's success, a product of sensationalist media simpletons. And when he was done blaming the media, he blamed the flatfooted local politicians in the Peoples' Republic of San Francisco, saying they were slowing AT&T's ability to upgrade its network.

Jobs did offer refunds as well as a free iPhone case that would, um, solve the reception problems. But there was no Antennagate. So shut up and swallow your blue pill.

It's hard to tell whether Eric Schmidt has gone mad or fallen victim to a terrible sense of humor. Or both.

In 2009, he told us that if we're worried about privacy on the internet, we must be miscreants. And this year the insensitive nonsense just kept on coming. If you don't like Google Street View cars photographing your house, he said, you can "just move". He proclaimed that one day, young people would have the right to automatically change their identities so they could sidestep all the embarrassing stuff they did on the web. He said Google's aim was to approach the "creepy line" without crossing it. And he insisted that Google "doesn't do data mining." Sure, Eric, just like Street View cars don't slurp Wi-Fi data. 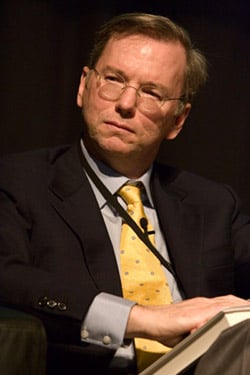 Schmidt: I fail to see any humor in that

In some cases, Schmidt later claimed he was just joking. But if he was, it wasn't remotely funny.

Hell hath no fury like a woman with money and access to billboard advertising. In 2010, we learned that Oracle president Charles Phillips was not quite the "family man" he'd been made out to be. And we learned it from billboard ads spread across a trio of major American cities.

A woman named YaVaughnie Wilkins plastered the billboards with photos from her eight-and-a-half-year relationship with Phillips. Wilkins had just ended the relationship – after apparently discovering he was still married.

The billboards were originally picked up by Gawker and got as far as The Daily Mail, proving that the right-wing mass-market rag has no problem embracing a technology story as long as it's got a compelling human-interest angle – and it doesn't have much do to with technology.

One thing we can say with certainty: Mark Hurd stopped being HP's CEO, president, and chairman on August 6, 2010. It's just the "why" that isn't very clear. Was this really about him falsifying his expense reports to cover up a relationship with an HP contractor? Or was that just a convenient excuse for booting a man who'd become deeply unpopular with the troops?

Or was it because he was accused of leaking insider information?

On a quiet Friday, Hurd announced he was quitting his $24.2m-a-year post following an investigation into claims of sexual harassment brought by former HP contractor and ex-soft-porn-actress Jodie Fisher. 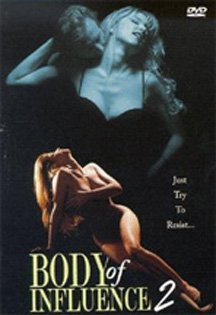 HP said there'd been no violation of its sexual harassment policy, but the investigation did find that Hurd had violated HP's ethics policy. He had apparently filed $20,000 in improperly claimed expenses in an effort to conceal meetings with Fisher. Friends sprang to Hurd's defense, saying the errors were the fault of his secretarial staff. Tennis buddy and Oracle CEO Larry Ellison also weighed in, calling the HP board "idiots" for letting Hurd go. Fisher said the pair had never had an affair or an intimate sexual relationship.

According to a later report, Hurd stood accused not only of sexually harassing Jodie Fisher, but also of alerting her to HP's imminent EDS buy. Whatever the case, the HP board had indeed lost confidence in Mark Hurd. And there's no doubt the story gives us the creeps – particularly the bit about Jodie Fisher appearing in a reality TV show in which she and 11 other "bachelorettes" vied for the affections of former tennis star Mark Philippoussis.

Next page: Mad, bad, and idiotic: Oracle's Ellison on HP's board
Page: