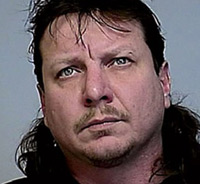 He said that "when the device was inserted into the female he would pull the trigger and it would blow them up".

The apartment's landlord threw Lester out on 29 December, and among bags he left in the spare room, the two remaining occupants discovered "items that made them uncomfortable" in a container marked "Christmas Gifts".

The "bizarre plot" has left Waseca residents a bit bewildered. Tae Borne, owner of Lindner’s Liquor where Lester was a regular customer, said: "I am in total shock. I could not believe it when I read it for sure. He has always been nice when he has come into the store." ®