The New Linux: OpenStack aims for the heavens

Open is as open does

Eucalyptus Systems – the outfit that oversees the Eucalyptus project – uses what Marten Mickos calls an "open core" model. It maintains an open source version of the platform, but there's also an enterprise incarnation that includes proprietary software. Last summer, Kemp told The Reg that when NASA tried to submit patches that would improve scaling, they were rejected because they conflicted with the enterprise product.

Mickos sees things differently. But whatever the details, NASA felt it needed something new. According to Kemp, the aim is to mimic Linux, so that Nebula doesn't have to answer to commercial interests. "Nebula is designed to be both massively scalable and incredibly cheap," Kemp said. "You cannot certify commercial software in Nebula. We're not even going to think about that."

It isn't just that the platform is completely open source. The project's founders also aim to operate with any hypervisor, any database, and even disparate APIs.

Nova was originally built to work with the open source KVM hypervisor, but it now supports Xen and Citrix's XenServer (Citrix is the third largest contributor to the project, behind Rackspace and NASA). And, yes, Microsoft has joined forces with Cloud.com to build in support for HyperV. That leaves VMware, but Collier expects the community will soon tackle this as well. "I wouldn't say we don't need [VMware's help], but technically speaking, it's possible to do it through the expertise in the community," he says.

The approach to databases is similar. "We want to be much more like a framework with multiple pieces," senior manager of technical alliances Bret Piatt tells us. "If MySQL development slows down and some other one speeds up, we want to be able to pull one out and put the other one in as the primary piece you're shipping with." 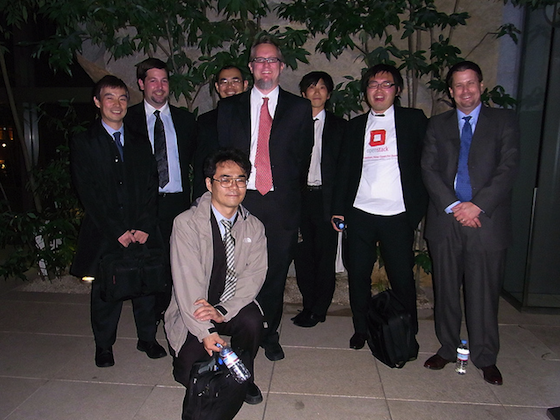 OpenStack does offer a standard API, based on the existing Rackspace API. But it's also compatible with the Amazon API, and the idea is to adopt any other programming interfaces as needed. "The community will look at how hard it would be to take a subset of another API and map it to OpenStack API rather than rewrite the [OpenStack] API," Piatt tells us. "Programs will always make these tradeoffs, and the community will build optional modules to be able to support different APIs with the platform."

Other cloud evangelists have long called for an industry-standard meta API that works across disparate cloud platforms. But like Thorsten von Eicken – CTO of RightScale, a cloud management outfit that works closely with Amazon and other services – Collier believes that building a standard API isn't the best idea. The standard should be, well, OpenStack itself.

"The challenge is that the underlying architectures are so different that it becomes very difficult to do," he says. "In the long run, there should be standards that emerge that allows for interoperability between different clouds. But the easiest way to solve this problem today is to get everyone to run OpenStack."

Of course, this too is a ways off. OpenStack's first incarnation, codenamed Austin, was only released in October. But a second version, called Bexar, is on track for release in early February, and the community plans to roll out a new release every three months.

At this point, OpenStack merely offers the compute engine and the storage controller (now dubbed Swift). But the aim it to eventually accommodate other projects as well. Collier indicates that a networking platform is high on the list. "This is the next frontier," he says. "Networking will be the big story in cloud in 2011." The project will be spearheaded by NTT. That Far East trip wasn't merely for show. ®