The Android accessory that puts on a display

Sony Ericsson is promising a firmware update to sort things out, but my deadline arrived before it did. As it stands, the wayward connection firmware is a hot, steaming turd on top of the LiveView's otherwise tasty treat. 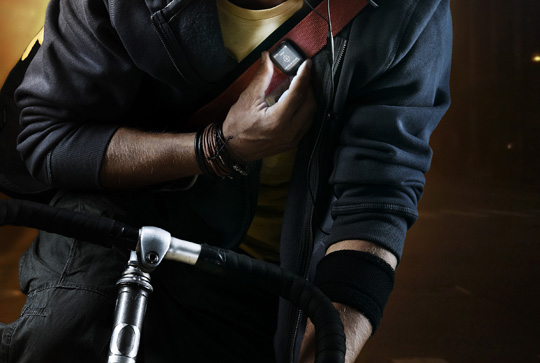 According to Sony, third-party LiveView plug-ins will soon start cropping up left, right and centre. Currently, there are twenty-odd in the Android Market (listed here) but you can only access six at any one time.

Of these plug-ins that I downloaded, I couldn't get the HTC Gmail or HTC Music Control plug-ins to work at all – the latter crashed the music player on my Desire every time I launched it. However, ContactCall – which lets you scroll through your phone book and dial out – proved to be handy when used with a Bluetooth headset. Also, the Calendar plug-in gives you a full month view with the ability to drill down to individual entries for the day.

SE reckons a full charge of the LiveView will be good for four days of use, but the best I managed was about half that. Admittedly, a lot of that time was spent trying to get the bugger to reconnect.

LiveView is a handy way of accessing your phone remotely if, for whatever reason, you don't want to get it out in public and wave it about. Still, I'm not sure the basic functions and current free plug-ins justify the price, even though I found it on-line for under £50. More importantly, the connection issues need to be solved urgently, as there's little point in having it otherwise. ®