Review Network storage is a ‘good thing’ in the same way as a Big Top; great as long as you don’t have to set it up. Selling Nas boxes to consumers needs the hassle taken out of the installation – and what if you already have a drive you’re not using? Synology’s USB 2 Station aims to ease both problems. 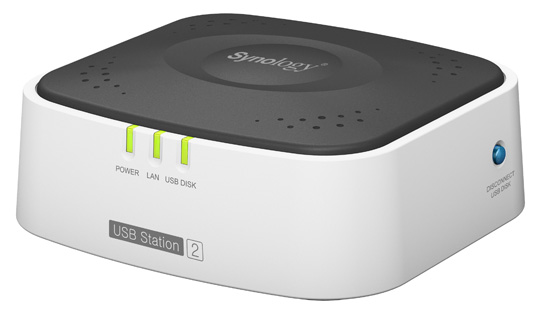 Network attached storage is pretty useful for media serving and back-up. There are plenty of Nas boxes for home networks, from companies like Netgear and Buffalo, but these are dedicated units, focusing on the drives. If you want something more general purpose, perhaps because you already have a spare drive or because you want to network a printer, too, Synology’s USB Station 2 may be more attractive.

The small white and slate box is a Nas without any drives. Instead you have two USB 2 sockets at the back, to which you can attach external hard drives, SSDs, USB drives or printers and make them directly available as network devices.

The networking side has a gigabit Ethernet socket, though if it’s connected to a gigabit network, data throughput will be governed by the speed of the USB 2 connection, usually a lot less than the 480Mbps maximum. Most homes, at which the USB Station 2 is aimed, still have 10/100 Ethernet, so swapping the Sata link in a typical Nas for USB 2 here should make little difference.

But why are there only two USB sockets? Synology suggests you use USB hubs to increase the number if you need them, but four sockets would be a more reasonable provision. 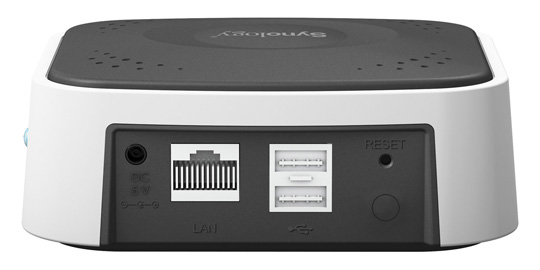 The unit is controlled initially from Synology’s DiskStation Manager 3 (DSM3), a Java-based applet which runs happily under IE 7, Firefox 3, Chrome 5, Safari 4 and any later versions. As a browser-based app, it’s not bad cosmetically, with funky transparent file browsers and neat little icons.