MSI has spec'd up its upcoming Windows-based tablet, the WindPad 100W.

Think netbook minus keyboard and you have a pretty good idea of what to expect. 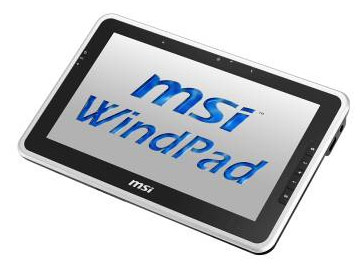 MSI simply said the 100W will incorporate an "Intel mobile processor", so whether Core 2, Core i or Atom remains to be seem. MSI's unwillingness to say suggests it's the unlaunched 'Oak Trail' Atom.

There's no word yet on availability or pricing. ®