Are garages, supermarkets etc really going to let you park on their expensive tarmac for most of the day just to sell a few pence-worth of 'leccy?

Even the Roadster, probably the ultimate that can be achieved by e-cars, took much, much longer to get to Edinburgh than a fossil-fuelled one would have done (about 12 hours longer). Most people getting up hours before dawn would expect to have finished that journey by the afternoon: Peilow didn't get there until the early hours of the next day. Hopefully he took a nap during one or both of his lengthy charging stops for the sake of safety, as strictly speaking he shouldn't still have been driving. 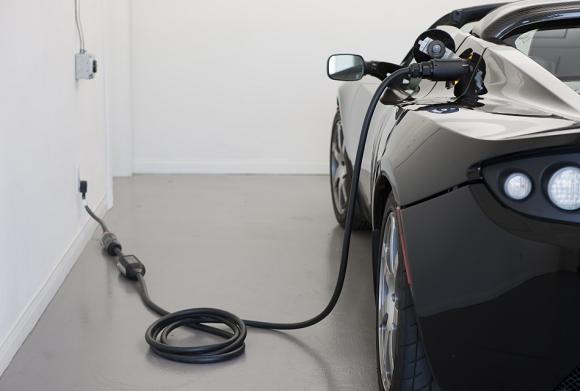 If you use this sort of socket, this is mainly what your Roadster will be doing.

Then we come to the awkward fact that an awful lot of people don't have private driveways or garages, and thus won't be able to charge up EVs at home. It will be distinctly tiresome for them to have to park up for several hours minimum at a service area or supermarket car park every few days, and they probably won't be allowed to do so in many cases. Even in the present day the Beeb's Milligan encountered one public charge point whose software limited users to two hours to "stop people blocking access for everyone else": fortunately, as he needed a 10-hour charge to make it to the next one, site management altered the settings specially for him.

Garage owners, already under severe financial pressure due to the very high level of tax on motor fuel, are accustomed to being able to turn over a customer who will be spending tens of pounds every few minutes at each pump: they are simply not going to allow e-car drivers to sit on their scarce forecourt space for hours on end in order to sell a few pennies-worth of 'leccy. The same will be true, though not quite so starkly, in the case of supermarkets and service areas, both of whom work their car parks intensively.

The infrastructure required to make mass e-car use work is not, then, on the same scale as that required for internal-combustion ones: it is hugely bigger. To make it really work, pretty much every designated public or on-street parking space in the land will need to be furnished with a high-power outlet (and, more expensively, payment and metering equipment). The main cost of charging up your e-car when away from home will not be the electricity - as Llewellyn and his chums correctly say, this costs pennies (though it won't if much of it is to be generated by renewables, but let's not even get into that today). No, the main cost of charging an e-car other than at home will be the fee for the parking space and (often enough) the bedroom or waiting-room for the driver while the charging happens.

Then we come to the great unmentioned spectre of e-cars - battery wear. The reason you can't buy a Mini-E is not a sinister motor-industry conspiracy: it is the fact that "frankly, at this stage, we're not really sure about the long-term endurance of the batteries of the Mini-E", as its makers say.

Things aren't much different with the Roadster, in fact. Tesla has said that its cars are expected to lose as much as 40 per cent of their battery capacity (and thus, range between charges) during their lives: as "range anxiety" is already the defining problem of electric cars, this is potentially a very serious cloud on the horizon for them. And the Roadster is top-end, so lesser e-cars - the sort that ordinary people will actually be able to have - will probably suffer worse.

Next page: So who's really being untruthful here?
Page:
Corrections Send us news
307 Comments