Saga shoots over to Sony

Review Saren, Reapers, Blue Suns, Geth. If these names mean nothing to you then consider yourself in the position of the majority of PS3 owners: that of never having experienced Mass Effect. That’s because Mass Effect, BioWare’s seminal action-RPG, never made its way onto Sony’s console, instead finding a home on only Xbox 360 and PC. 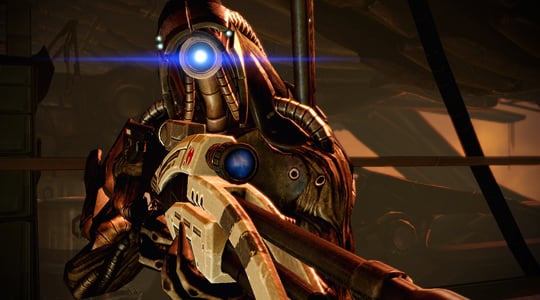 I spy with my little tube...

Thankfully, its follow-up has made the journey to PS3, and BioWare has done a superb job of introducing the sequel to series newcomers. How? Well, after an initial flurry of action by way of an introduction, players are greeted by an interactive comic which condenses the entirety of the original’s plot into mere minutes.

The clever part is that even the game-shifting decisions taken in the telling of the original’s story are replicated, so that you’ll take those same moral choices and contend with the consequences in the proceeding plotline of Mass Effect 2 - ingenious, huh?

Players reassume the role of chiselled hero, Commander Shepard, humanity’s last hope against the Reapers – a species of super-aliens out to wipe all traces of sentient life from the galaxy starting, as is their want, with outlying human colonies. 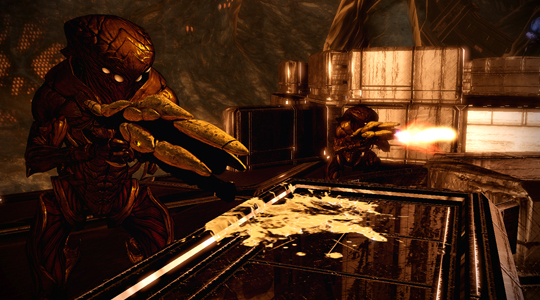 Too many shots can make you sick

This time Shepard’s working for Cerberus, a shadowy section of humanity run by the Illusive Man - think X-Files’ Smoking Man and you won’t be too far off. How do you defeat super-aliens? Simple, go out and recruit a team of ultimate badasses and, for the first portion of the game at least, that’s precisely what you’ll do.