Angry Birds to catapult onto TV

A few years ago, if you turned the telly on to a programme called Angry Birds, you'd probably be watching a Five Shameless rip-off about single mums on a council estate. Soon though, it's going top be a show based on the massively successful mobile game.

Game developer Rovio says an animated series is on its way. Production has already begun.

CEO Mikael Hed told industry site C21media.net: "We have been working on that for quite a while, and that is definitely one of my big focus areas right now - to work on broadcast content for Angry Birds."

Hed didn't hint at who will be producing the show. 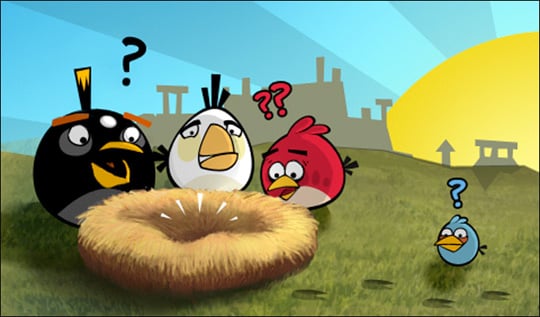 The app, which has already been downloaded more than 50 million times, is published by Chillingo, a company recently bought out by EA. Rovio still own the licensing rights, though, so it doesn't look like the publishing giant will be cashing in on this venture.

If all you crazed Angry Birds fans can't wait, why not beat Rovio and co. to it by making your own show using your very own Angry Birds soft toy collection? ®

Chipzilla smacks lips with eyes fixed on the cloud biz