The lion goes to pieces

Two surviving fragments of the once mighty LEO were acquired for Revolution at auction in London: a cracked vacuum tube and a battered, grey-blue metal control box with buttons and flip switches that's more car part than computer component. 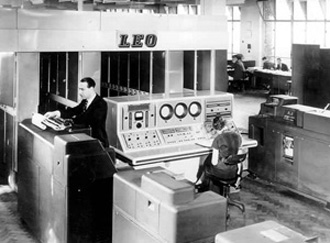 Alex Bochannek, the museum curator who showed The Reg around Revolution, told us he feels "particularly strongly" about LEO. "Our collecting scope is global in nature and the story of LEO is such a fascinating one, yet almost completely unknown in this country. This is why we decided to add these objects to the collection specifically for Revolution."

The $19m renovation and Revolution make the museum an attractive destination for visitors of all kinds and ages - engineers, non-techies, tourists, and those interested in the history of women in the workplace, to name a few. The museum is also trying to raise its game in academic circles, and Hollar wants to turn it into the premier center on the history of computing.

Just 2 per cent of the museum's entire collection is on display in Revolution, with the plan to make the rest available to a worldwide audience through a new web site in March.

"[The museum] will be seen as a destination of important papers and other important artifacts located around the world for that definitive collection point of oral histories of people whose stories need to be recorded," Hollar said.

After being in the Valley for 12 years, why is now the right time to plough $19m into Revolution? According to Hollar, the time is ripe because of the ubiquity of computing online and in our pockets: we need to understand the journey from moving mechanical parts to digitization, from room-sized single-purpose dinosaurs to the multifunction iPhone, from switches and flashing lights to the keyboard and screen.

The entrepreneurs and engineers of Silicon Valley could also learn a thing or two by examining their past. "Some people in Silicon Valley believe they don't look backward, they only look forwards, but some people here who are very successful do understand they are part of something larger," Hollar said.

I hear echoes of British wartime leader Winston Churchill, who was fond of George Santayana's sentiment that those who fail to learn from history are doomed to repeat it. In this case, however, they might also miss new opportunities.

"The Google search engine is based on a very simple analogy that academic articles are known to become authoritative the more they are cited," Hollar said. "By making that analogy, Larry Page working with Brin took search from looking for words on a page to looking for something that's really important to you." 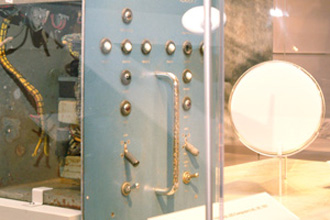 As more and more of the pioneers of modern computing age and pass away - Sir Wilkes died last year, and just one of the ENIAC women remains with us - there must surely be among modern computing's pioneers a growing desire for something tangible that preserves and records their achievements. It would be ironic if those obsessed with digitizing and recording data fail to record their stories, and if those stories slipped into an oral tradition or - worse - a Wikipedia-style group consensus of history where facts are relative and received secondhand. How many more LEOs are alive in the auction houses of the world, waiting to be clawed back?

Was such a concern for legacy behind Gates' donation to the museum?

"I think he's proud of what that little piece of tape represents," Hollar said. "That's the essence of the very first days of Microsoft, and if you talk to Bill and [cofounder] Paul Allen about it they are very aware now they are at a point in their lives where they are very aware that what they did was important and it needs to be preserved.

"I'm very glad they see the museum as the place where they want that to happen."

I just wonder if Gates feels as weird about all this as I did. ®